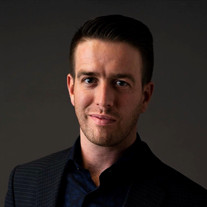 Maj(S) William Alexander Suys III, USAF Born September 27, 1986, Milwaukee, WI. Died March 13, 2022, Minneapolis, MN. Bill lost a year-long battle with Stage IV Adenocarcinoma, the result of exposure to burn pits while deployed in the Middle East. He is survived by his parents William and Kristin Suys of Delafield, WI, and his sisters, Kristen (Brett) Angel of Edina, MN, and Kelsey (John ) Kenyon of Richfield, MN, as well as his loving aunts, uncles, and cousins, nephew and nieces. Bill was born a curious adventurer. He could strike up a conversation with anyone he came in contact with, and continue to engage with them for years. He loved to fly planes. In his free time he traveled and always found a place to snowboard, skydive or play golf. His sense of adventure led him to push his activities to the edge. He always encouraged others. From his enlisted buddies to top leadership, he had a special persona that left everyone with a feeling of being a better, stronger person. His network of friendships reflects his ability to touch others in his own, memorable way. The growth and impact of his career was exemplary. He graduated from the Air Force Academy with an Econ major, then went on to serve with distinction. The quality of his work and leadership recently resulted in a promotion to Major. In addition to his outstanding work as an officer, his curiosity and drive resulted in his co-founding a tech startup. Billy was wicked smart, passionate, and personable-a rare and truly special combination of all traits. He loved exploring the world. He saw more, experienced more, laughed more, loved more, and lived more than most people do in a lifetime. One of his friends proclaimed, 'the shockwave of Billy Suys far exceeds his reach'. Though he won't be here, his spirit will continue to live on around the globe. A memorial service will be held at the Air Force Academy in Colorado Springs, CO on May 20 at 2pm. Celebration of Life to follow at the USAFA Clubhouse. Billy Alex was, and is, one of a kind. Godspeed, buddy.

The family of William Alexander Suys created this Life Tributes page to make it easy to share your memories.

Send flowers to the Suys family.