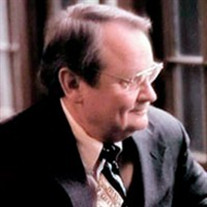 Begin, William Joseph Age 89 of Bloomington, MN passed away on May 31, 2022 Preceded in death by daughter, Eileen Genevieve Begin. Survived by wife, Deborah Susan Begin, step daughter, Theresa Anne Foster; children Kathleen (Suresh) Mathews, Rita, James (Tammy) Begin, Rosemary (Rick) Johnson, Joseph (Melinda) Begin; grandchildren, Saira, Aaron, Bryan, Daniel, Zachary, Megan, Katie, Courtney, Gordon, Cal, Amanda, Travis, Stephen, Joey; 15 great grandchildren; and Debby's family, the Duanes. William Joseph Begin was such an Incredibly positive influence on those lucky enough to have known him. He arrived into this world on October 14, 1932 as William Stone and was adopted by Amel and Josephine Begin. Both Detroit and Minneapolis were home at different times growing up. The Big Brother Organization provided valuable mentorship during his formative years. Bill graduated from Central High School in Minneapolis in 1950, St. Thomas in 1954, and later earned a Master's Degree from the University of Minnesota. Bill was still having lunch with his dear high school friends every Wednesday. Bill married Mary Ann Kirby in 1953 and joined the Air Force in 1954 as a ROTC officer. In the Air Force, he flew a variety of prop and jet aircraft. He and May Ann thoroughly enjoyed raising six children creating many meaningful memories. Following his honorable discharge, he joined Arthur Andersen& Company as a young go-getter and soon Partner. During the course of his professional career, many large and small corporations benefitted substantially from his C-level accounting expertise and calming ability to turn chaos into agreement. In 1989 Debby Foster captured Bill's heart. They married in 1995 with Bill gaining a bonus daughter. Over the past 27 years, he and his devoted wife have enjoyed international traveling and winters in Naples. He was a long-time member of Minnesota Valley Country Club, moving to the condos next door. Bill was held in high esteem by family and friends. He will be greatly missed by all who knew him. Sing, dance and drink. Rest easy. You deserve it. A private service and internment are planned for immediate family with a Celebration of his Life at MVCC later this summer. In lieu of flowers, donations can be made to the Big Brothers and Sisters of America or to an organization of your choice.

The family of Bill Begin created this Life Tributes page to make it easy to share your memories.

Send flowers to the Begin family.