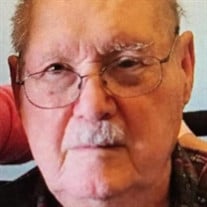 Willard Alvin Hultgren Obituary Our beloved father Willard Alvin Hultgren entered God's kingdom on April 22, 2022 at 5:50 pm. Dad, 98 years of age had a long life and most of it, 72 years, with his best friend and spouse Kathy Hultgren who preceded him in death two years ago. Bill as most called him, was born December 30, 1923, to Oscar and Ida Hultgren. He was the youngest of five children, Doris Cushman, Orville Hultgren, Bert Hultgren, and Ruth Klefsas. Bill and Kathy had four children, Bruce, Janice, Richard, Ronald, eleven grandchildren and twelve great grandchildren. Dad was very mechanical, had a love for flying, music, and people. When Orville and Bert left home dad became the one to fix farm equipment, cars, trucks, tractors. When he was in high school, he contracted pneumonia, and all thought he would not survive. Due to the illness, he missed most of the year of school and had to retake it. When Dad graduated, everyone was getting involved in the war effort and Dad went to trade school and became certified airplane engine mechanic. While in school Dad's friend challenged him to go to the recruiter's office and take the test to become a pilot. Dad begrudgingly went and passed all the tests. Soon he became a Navy pilot. This is where his love for flying began. He flew TBD, TBM and would check out other planes to test fly on his free time. He said the Dauntless was one of the nicest planes he ever flew. After WW2 he was called back into the service and trained in the Bell helicopter and Skyraider. Shortly before his deployment President Eisenhower sent all reservist who had family's home. Dad, we love you and will miss you! Psalm 91 Willard has requested that all memorials in his or Kathy's honor be given to Gideon Bible distribution or Wayzata Evangelical Free Church. The Gideons International Processing Center, P.O. Box 97251, Washington, DC 20090-7251 Wayzata Evangelical Free Church, 705 County Road 101 North, Plymouth, MN 55447.

The family of Willard "Bill" Hultgren created this Life Tributes page to make it easy to share your memories.

Send flowers to the Hultgren family.