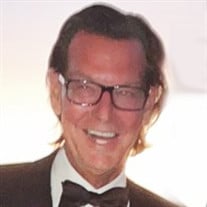 Erickson, Ross Brown 60, passed away on June 5, 2022 surrounded by his family. Ross was Born on January 2, 1962 in Minneapolis, Minnesota to Walter and Edith Ann Erickson. The son of an airline pilot, he grew up on Lake Alimagnet in Apple Valley spending his childhood in the company of the best of friends, waterskiing in the summer and playing ice hockey in the winter. Ross graduated from Apple Valley Senior High School in 1980 where he was a goalie on the varsity hockey team. Ross attended Arizona State University and the University of Minnesota. He began his career as a commodity broker at the Minneapolis Grain Exchange. However, he had a strong entrepreneurial nature and was determined to pursue his dream of establishing and running his own business, so he set to work learning the trade of pool design. Ross started a pool and spa business which he grew into one of the most successful and recognized within the industry. One of the major drivers of his success was his expertise in promotions and advertising. Ross loved spending time with his family on Lake Minnetonka, rebuilding classic cars and was looking forward to retirement in the company of his sons and fiance, Azita Bernet. Ross was preceded in death by grandparents Walter and Florence Erickson Sr, Edith and Alfred Hovland Sr., his father Walter Hugo Erickson Jr. and his aunt, Sonja Severson. Ross is survived by his fiancé Azita Bernet, mother Edith Erickson, sister Susan Erickson, sons John Ross, Dallas (Courtney), Alexander Erickson, step daughter Molly (Dan) Wolf, Nephews Crosby (Kendall), Chandler, Corbin and Campbell Sampson. He leaves behind an extended family of many aunts, uncles and cousins. Funeral Service will be held on Wednesday, June 15 at 2:00 pm, at Westminster Presbetyrian Church, Minneapolis, in the Chapel. Visitation will be in the Great Hall beginning at 1:00 pm. Private Family Burial to follow at Lakewood Cemetery with a Celebration of Life following internment at the Erickson Family Home, at 4:30 pm. Ross will be missed beyond measure and forever in our hearts. Washburn-McReavy.com Edina Chapel 952-920-3996

Erickson, Ross Brown 60, passed away on June 5, 2022 surrounded by his family. Ross was Born on January 2, 1962 in Minneapolis, Minnesota to Walter and Edith Ann Erickson. The son of an airline pilot, he grew up on Lake Alimagnet in Apple Valley... View Obituary & Service Information

The family of Ross Brown Erickson created this Life Tributes page to make it easy to share your memories.

Send flowers to the Erickson family.