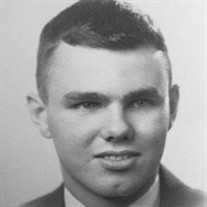 Nelson, Roger John Age 86, of Champlin, MN, passed away Tuesday March 22, 2022. He was born January 26, 1936 to Alice and Harry Nelson. A graduate of Edison High School in N.E. Minneapolis, he met and married his high school sweetheart, Helen. Later he went on to work for Northern States Power Co. working until his early retirement at the age of 55, giving ample time for relaxation and fun. Roger spent winters in Florida and summers in Minnesota relaxing on his boat. Blessed with a loving family, Roger was a wonderful father, grandpa and great grandpa. He and Helen brought up three sons who believed in living life to the fullest, just like him. He was preceded in death by his mother, Alice, mother-in-law, Helen R. Rusinko, and Wendell the Wonder Dog. Survived by his wife of 64 years, Helen; three sons, and daughters-in-law, Michael (Karla), Matthew (Kay), and Mark (Shawna); grandchildren, Jessica (Duco), Chad (Cassie), Jenny (Trevor), Brent (Ali), Joshua (Ghalia), Nicole (Kyle), Adam, and Alysha. Roger was the proud great-grandpa to, Mari, Aven, Conway, Campbell, Olive and eagerly expecting 3 more this summer. Per Roger's wishes, the family will have a celebration of his life in private. Roger will be missed!

The family of Roger John Nelson created this Life Tributes page to make it easy to share your memories.

Send flowers to the Nelson family.