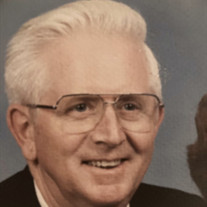 Franck, Roger Raymond age 85, of Plymouth, MN peacefully passed away surrounded by his family on Saturday, September 25, 2021. Memorial Services will be held on Saturday, October 9, 2021 at 11AM at Washburn-McReavy Glen Haven Chapel... View Obituary & Service Information

The family of Roger Raymond Franck created this Life Tributes page to make it easy to share your memories.

Send flowers to the Franck family.