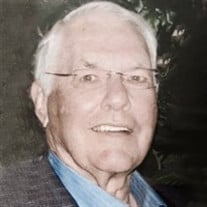 Smith, Robert H. Age 92 of Wayzata, and previously of Minnetonka, passed away peacefully at home on March 11, 2022. He lived his life with love, humility, faith and integrity. Preceded in death by his parents, Howard and Edna Smith; and sister, Eva Smith. He will be deeply missed by his loving wife of 69 years, Darlene; children, Deborah (Gordon) Macomber, Diana (Rick) Bom, and Grant (Jerilyn) Smith; grandchildren, Brittney Macomber, Stephanie (Ryan) Pape, Ashe Macomber, Jacob Bom, Maria Bom, Chase (Taylor) Smith, Reece Smith, and Tori Smith; and 5 great-grandchildren. Robert was born and raised in Rochester MN. He graduated from Rochester High School. He was in National Honor Society and earned the rank of Eagle Scout. He loved sports and was on the football, wrestling and golf teams. He received his Bachelor of Science Degree with honors from Gustavus Adolphus College where he played on the football and wrestling teams. He was MIAC heavyweight champion in wrestling. He continued his commitment to education, receiving his Masters degree and doctor of Philosophy (Ph.D.) in Educational Administration from the University of Minnesota. Robert began his career in Delavan as Principal and Math teacher. He moved on to become Principal at High Schools in Kimball, Lake City, Winona, Minnetonka and Thomas Jefferson High School in Bloomington. "Doc", as he was affectionally known by students and staff, took great pride in establishing Thomas Jefferson, instrumental in selecting staff and supervising the completion of the facilities. He worked with incoming students selecting school colors, mascot, school song and other traditions at Jefferson. Every morning on his way to work he played the Jefferson fight song. This was his own personal pep-fest. He was involved in several community organizations; President of Rotary Club in Bloomington; volunteer positions at church and Boy Scouts. Robert loved the outdoors fishing, hiking and canoeing. His most memorable times were at the cabin he built with his family. He enjoyed the last several years living at Folkstone, where he was active in bridge, men's book club, exercise class and an elected position on TRAC. While Bob was a man of many accomplishments, the one he was most proud of was the family he built with his best friend and wife, Darlene. A Celebration of Life will be held on Friday, May 13, 2022 at Bethlehem Lutheran Twin Cities Minnetonka 16023 Minnetonka Blvd, Minnetonka, at 11AM. Washburn-McReavy.com Strobeck Johnson 952-938-9020

Smith, Robert H. Age 92 of Wayzata, and previously of Minnetonka, passed away peacefully at home on March 11, 2022. He lived his life with love, humility, faith and integrity. Preceded in death by his parents, Howard and Edna Smith; and sister,... View Obituary & Service Information

The family of Robert Howard Smith created this Life Tributes page to make it easy to share your memories.

Smith, Robert H. Age 92 of Wayzata, and previously of Minnetonka,...

Send flowers to the Smith family.