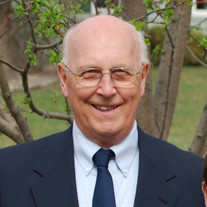 Shelquist, Robert T. (Bob) Beloved husband, father, grandfather, and uncle passed away May 21, 2022, age 87. Preceded in death by parents Henry and Monica (Senden) Shelquist, brothers Walter and Virgil, and his wife Elizabeth (Kinney). Survived by son Rob (Kim) and grandchildren, Caroline and Connor. Bob was born in Sioux Falls, SD and graduated from Washington High School. Following graduation he enlisted in the United States Navy and was assigned duties handling radio, communications, and electronics until his honorable discharge. These duties piqued his interest in computers and led him to South Dakota State University where he earned a degree in electrical engineering. Upon graduation he and his wife, Betty, moved to the Twin Cities so Bob could take a job with a burgeoning computer company, Control Data Corporation, where he enjoyed a long career working on a variety of supercomputers and computer peripherals until taking early retirement. After several years, he became restless and started a second career with Kinnetic Laboratories where he was able to fuse his life-long interests in technology, meteorology, and tinkering to design and work on oceanographic and water quality testing projects in a variety of settings. Bob was an avid reader and voracious learner throughout his life and enjoyed wide-ranging discussions with family and friends about computers, politics, cooking, gardening, hiking, do-it-yourself projects, and natural sciences. Whether in the middle of an intense discussion or a casual observer of surrounding events, Bob was never judgmental and often found common ground to share a good chuckle. He will be especially missed for that twinkle in his eye when he was around family. Memorial service Monday, June 20th, 2022 @ 11:00 AM with visitation 1 hour prior all at: Eden Prairie Chapel, 7625 Mitchell Road, Eden Prairie, MN 55344. A livestream of Robert's memorial service may be viewed on his Washburn-McReavy tribute page under the photo and videos tab. Streaming will begin around 10:55AM on Monday, June 20, 2022.

The family of Robert Thomas Shelquist created this Life Tributes page to make it easy to share your memories.

Send flowers to the Shelquist family.