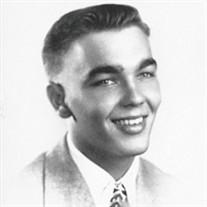 Schillinger, Richard L. of Fridley, age 90, passed away on 12/07/21. Richard was born in Mitchell, SD and eventually moved to Minneapolis with this family and graduated from Southwest High School in 1949. As a high school student he was President of the Par-O Hi-Y Club, all- school Hi-Y President, and all-city Hi-Y President. He was treasurer of the Student Council and President of his senior class. He played many sports and enjoyed his time on the football field most. Upon graduation, he was awarded the American Legion Medal of Merit on the basis of scholarship and participation in school activities. He was also active in his church as a member of the choir and President of the Youth Organization. After high school, he attended Grinnell College and then transferred to the University of Minnesota. In 1951 he married the love of his life, Beverly M. Anderson. He graduated from the U of M in 1953 with a Bachelor of Business Administration degree and in 1954 was drafted into the Army. He spent 2 years in the Military Intelligence Branch, Counter Intelligence Core. Upon his discharge, he went to work for the St. Paul Fire & Marine Insurance Company and in 1957 joined the Anderson Insurance & Investment Agency. He eventually became President and Chairman of the Board and retired in 1998. During these years, he raised his family, remained active in his church, and participated in many local and charitable organizations including various leadership roles in the Jaycees and volunteer work with the Heart Fund, Concert Series, and United Fund. He participated in the NE Mpls Sertoma Club and Eastside Optimists Club. He particularly enjoyed his volunteer work with the Minneapolis Aquatennial and spent over two decades delivering Meals on Wheels. He participated in bowling leagues and many golf leagues with memberships at North Oaks Golf Club and later at 7 Lakes Country Club. He enjoyed his retirement years spending half the year in Minnesota and the other half in Palm Springs, CA. He was a kind man, beloved by many, and will be missed. Preceded in death by parents Clifford and Helen Schillinger, brothers Dale, Donald Schillinger, wife Beverly Schillinger, son Craig Schillinger. Survived by daughter Leslie Branson and grandsons Sawyer Branson and Walker Branson. Also survived by many wonderful relatives and great friends. Due to the recent surge in the COVID-19 pandemic, a memorial service will be held at a later date. Washburn-McReavy.com Hillside Chapel 612-781-1999

Schillinger, Richard L. of Fridley, age 90, passed away on 12/07/21. Richard was born in Mitchell, SD and eventually moved to Minneapolis with this family and graduated from Southwest High School in 1949. As a high school student he was President... View Obituary & Service Information

The family of Richard Lee Schillinger created this Life Tributes page to make it easy to share your memories.

Send flowers to the Schillinger family.