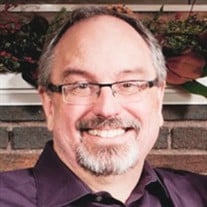 Pulito, Richard S. 67, of Edina, Loving Husband of Cindy (Howe) Pulito, passed away on Monday, January 31st, 2022 from a heart attack in Ft. Meyers, Florida. He was born in Hartford, CT, to the late Alfred and Virginia (Fowler) Pulito, the youngest of three. Rick showed a propensity for self motivation and hard work from an early age, as evidenced by his first job on a paper route as a young boy, and his job at Lanata's Market, where he worked before graduating from Glastonbury High School in 1972. Rick graduated # 1 in his class with a degree in Marketing from the University of Hartford in 1976. He was an enormous fan of music, particularly 60's and 70's rock, and nurtured his love of the art form through the purchase of his first guitar with paper route money in 1965, when he was 11 years old, a Kay/Harmony electric, and so many vinyl lp's when he was in High School that the living room ceiling (below his room) bowed in, which drove his father Al crazy. During college, Rick worked at Belmont records, and Records Unlimited. He got his first post college gig as a regional salesman for ABC Television Records. Throughout the 80's Rick had stints at Corning Inc. in NY, and United Marketing Services in Texas, where he was a partner. In 1990 Rick started at BI Worldwide, where he worked for the next 28 years before retiring in 2018. He was a mentor to many, both personally and professionally, always willing to lend a friend a hand or an ear if you just needed someone to listen. He loved spending time with his wife and family at their cabin, fishing and playing on his boat. He loved to cook and collect wine, and as an Italian American, loved to shower loved-ones with food. He was a larger than life personality to so many people who knew him, had a very loving and giving nature, deeply enjoyed and was curious about life, was incredibly creative, and had a wonderful business acumen, and an easy connection with people, which served him well throughout his career. He loved to travel with the love of his life of 32 years, his wife and soulmate, Cindy, and together they left footprints all over the world. He had a genuine propensity for storytelling, which delighted his children and grandchildren, who affectionately know him as 'Papa'. He will be forever dearly missed. He is survived by his wife, Cindy (Howe) Pulito, his brother and sister in law Robert and Heather (McNab) Pulito of Glastonbury, CT, his sister and brother in law Janet and William Pauluh of Glastonbury, CT, his four sons and three daughters in law, Seth Turman of St. Paul, Micah and Abbe (Nelson) Turman of Minneapolis, Michael and Haley (Judd) Pulito, of Greensboro, NC, Zachary and Brittany (Faber) Turman of San Francisco, CA, his daughter Kathryn Pulito and her partner Kendrick Toomer, of Sanford, NC, his nephew, Keith and April (Glick) Pulito, of Brooklyn, NY, and seven grandchildren, Lukas Riddle, Giovanna Toomer, Ayden Judd Pulito, Tully Turman, and Zanna, Haakon, and Berit Turman, and many cousins. A service and celebration of Rick's life will be held on Thursday, April 14th at 2:00pm at the Washburn-McReavy Funeral Home, Edina Chapel at 5000 W 50th St Edina, MN 55424. Visitation will begin at 1:00pm. Please join us for a reception and music in the lower level of the Chapel following the service. In lieu of flowers, donations can be made to sdhbcoalition.org. Condolences: washburn-mcreavy.com/m/obituaries/ Richard-Pulito/Memories.

Pulito, Richard S. 67, of Edina, Loving Husband of Cindy (Howe) Pulito, passed away on Monday, January 31st, 2022 from a heart attack in Ft. Meyers, Florida. He was born in Hartford, CT, to the late Alfred and Virginia (Fowler) Pulito, the youngest... View Obituary & Service Information

The family of Richard Scott Pulito created this Life Tributes page to make it easy to share your memories.

Send flowers to the Pulito family.