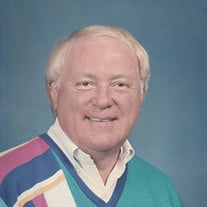 Richard C. Caswell "Dick" Passed away on April 17, 2022, at home. Preceded in death by his parents, Raymond and Mabel Caswell, brothers Raymond, Mark, and Robert; and sisters Lois Satka (Dick), Margaret Kramber (Herb), and Cheryl Almgren (Bob). He is survived by his loving wife of 37 years, Suzanne. Their daughter Caci Carlson (David) and granddaughter Piper. Dick's son Mark Caswell (Stacey) and grandchildren Sam and Kathryn. And Dick's sister Mary Sommerfeld (Charlie), as well as other dear relatives. Dick was born and raised in Litchfield, MN, growing up on his uncle John Brandt's 1,000 acre farm, a founding member of Land O' Lakes Co-op. He had many great adventures, from riding his pony Daisy into town for ice cream to 4H, where he won blue ribbons showing his cow Betsy at the state fair; and later high school sports, including football and wrestling. After graduating from Litchfield High School, he attended the University of Minnesota, where he became a diehard Gopher fan. He carried that love of sports throughout his life, coaching his son and daughter's basketball and softball teams. As President of the Orono girls' softball program, he was instrumental in building an outstanding program for young girls. He never missed a golf match of Caci's and was thrilled when her placement in a state tournament awarded him Arnold Palmers' parking spot for the day. His 50 years of work in the printing industry took him from owning a shirt shop in Dinkytown to running a press, sales manager, and then owner of his own print company. With all that, he still loved to participate in sports himself. Dick was an avid bowler and softball player, retiring his cleats after 47 years. You always knew when Dick was in the room, from his whistling to the priceless songs he would sing. He loved his family and dear friends and was a proud Army Vet, attaining the rank of SSGT-E6. Dick was devoted to his church and enjoyed serving as an usher or working at the rummage sale. Dick loved his fishing trips to the Canadian border, and after 30 years of traveling to Mexico he was saddened when health reasons restricted that. He fought long and hard to stay with his loving family and will be deeply missed. Funeral Service will be Thursday, May 19, 2022, at 2:00 pm at Wayzata Community Church. Memorials to the Cancer, Heart, or Kidney Foundation.

The family of Richard Carlos Caswell created this Life Tributes page to make it easy to share your memories.