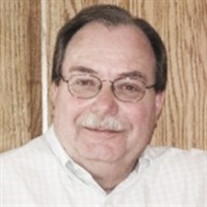 Hildreth, Randall D. "Randy" 78, of Eden Prairie: The long good-bye ended for Randy on May 1, 2022. He did not lose a battle with cancer, because cancer is not a worthy adversary. Rather, his life was stolen by the thief cancer that takes what we value most. Preceded in death by his parents, Chet and Dorothy Hildreth and several beloved Airedales (Bear, Rowdy, Max, Lucy and Annie). Survived by wife of 40 years, Joan Palmquist, brother, Eugene (Gale) and many nieces and nephews, in-laws, cousins and friends. Some nieces and nephews were like his children; they were very close and supportive during his illness. For this we are so grateful. Randy grew up in Austin, MN, moved to Minneapolis, and graduated from the U of MN. He had a long, successful career in the automotive industry with ADP and several auto dealers, including 20 years as parts manager at Win Stephen's Buick. He also spent six years in the Army Reserve. He took early retirement, in part to help Joan's mom and to start doing something he loved - day-trading. He enjoyed doing research, tracking stocks, and making purchases or sales based on what was going on in the world. He promised Joan he would not lose the house, and in fact he called his account "Just for Fun". Randy was a walking repository of historical and military history, and the best trivia partner you could ever ask for. Frequently, he would spout some obscure fact, followed by "but then you knew that". And what a punster! Some classical music could bring him to tears, and he appreciated the beauty of the Arboretum for over 50 years. And he traveled - climbed up the Great Wall of China, ascended the Great Pyramids at Giza, and stood with one foot on each side of the prime meridian line in Greenwich. An African photography safari was a favorite trip - although sleeping in canvas tents while hungry animals wandered through camp at night was not exactly restful. Even after his diagnosis, he traveled to Normandy, France on the anniversary of D Day, and took an Alaskan cruise with Joan, Gene and Gale. Wonderful memories for us all. Special thanks to Dr. Mark Wilkowske and the staff at Frauenshuh Cancer Center, who helped prolong Randy's life for nine years and to Jim and Heather, and the entire Park Nicollet Hospice Team, who helped him as his life wound down. Also, sincere thanks to the huge village of friends and family who supported Randy and Joan during these years, for the calls, cards and visits. In particular, gratitude to Bob and Gwen Karol, for their decades of friendship and support and to Janese Evans for the same, and for making the beautiful ash urn for his ashes. Arrangements by Washburn-McReavy Hillside Chapel (612) 781-1999 A celebration of his life we be held at the U of M Landscape Arboretum, in June or July. Details will follow. In lieu of flowers, donations to Arboretum, or PROP Food, Eden Prairie. Goodbye our dear Randy, we will miss you so.

Hildreth, Randall D. "Randy" 78, of Eden Prairie: The long good-bye ended for Randy on May 1, 2022. He did not lose a battle with cancer, because cancer is not a worthy adversary. Rather, his life was stolen by the thief cancer that takes what... View Obituary & Service Information

The family of Randall Duane Hildreth created this Life Tributes page to make it easy to share your memories.

Send flowers to the Hildreth family.