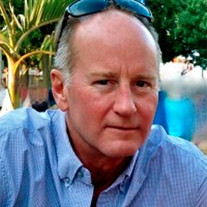 Peter Brian Tillotson MD The world has lost a good one. Known for his quick wit, wry smile and love of people, (Peter) Brian Tillotson, M.D., 65, passed away unexpectedly from cardiac arrest on March 23, 2022. Brian was born on July 3, 1956, in New York City to Drs. Peter and Joan Tillotson. He graduated from Fargo South High School in 1974 and went on to graduate from Harvard University in 1978 with a degree in biology. While at Harvard, he was the recipient of both the John Harvard and Harvard College Scholarship awards. He earned his medical degree and became a member of Alpha Omega Alpha while attending the Tulane Univer-sity School of Medicine in 1982, followed by a residency in radiology at Massachusetts General Hospital in Boston. Brian worked as a radiologist in Minnesota for 35 years - first at Abbott Northwestern Hospital in Minneapolis, then at St. Cloud Hospital. He touched the lives of many with his compassion, intellect and dedication. He was so happy to have recently reconnected with many dear friends from high school, Harvard and Tulane. Although medicine was a significant passion of Brian's, his love for his wife and family was foremost. Despite his busy schedule, Brian made time for his loved ones and enjoyed attending their plays, recitals, sporting events and concerts. His daughter Alexandra remembers him spending many hours at the kitchen table helping her with homework after working very long hours at the hospital. "If I wake in the morning, I hope my life is not done, there are just too many songs left to be sung." Brian Tillotson This line from a song lyric Brian recently wrote is both prophetic and telling of the way he lived his life. Brian was a skilled and curious listener, appreciating everyone's unique story. Music was an intense passion for Brian - one he shared with his wife, Rebecca. He played a big role in the recent completion of a professional album of her original songs, titled Stronger Broken, which she dedicated to him. Brian never missed a chance to be present when pro studio musicians were scheduled to work on the album. He loved editing, providing feedback and helping Rebecca improve her songs. She called him the wind beneath her wings. He had recently become more intentional in his own creative writing projects. Brian loved to travel. His eclectic interests led him many places, including Europe, the caribbean and Hawaii. His favorite adventures were the road trips with Rebecca along the Pacific coast, Michigan's Upper Peninsula and venturing south through the heartland visiting many historic places and music venues. In his life, Brian had been an avid golfer, tennis player, and skier. His love of playing sports easily translated to his love of watching them, enthusiastically drafting his fantasy football lineup year after year and enjoying Sunday afternoon games with family. Brian loved bringing people together. He brought his competitive edge to the annual croquet tourney with his wonderful blended family (he was known to video other player's shots to playfully capture instant replay). He created a monthly low-stakes men's poker night and was proud of the great relationships that formed. He even adored board games with his grandchildren and delighted when they beat him. The intellectual and spiritual banter at his monthly men's book club was a highlight. Brian looked forward to the annual fishing trip with his three younger brothers and nephews - he put up with fishing for the sake of the male bonding, especially laughing and playing cards. Brian was a warm and welcoming host and loved entertaining. Creating dishes like shrimp etouffee and steak fajitas was great fun for him. He truly made his Maple Grove neighborhood a better place and was a friend to many. Beyond all, Brian will be known for his ever-present wit, patient brilliance and desire to help those in need. He will be sorely missed by all who knew him. Brian is survived by his wife, Rebecca (Aadland) Tillotson; children Alexandra Tillotson, Jaiden and Kaia Tillotson; and stepchildren Ben Schoper (Sara Fenske), Jessica Parker (Travis) and Luke Schoper; grandchildren Sasha, Cosima and Max; brothers Christopher (Ann), John (Amy) and Angus Tillotson, and numerous nieces, nephews and other beloved family and friends. He is preceded in death by his parents Drs. Peter and Joan Tillotson (nee Nesmith) of Fargo, North Dakota. A Celebration of Life Service is being planned. Details TBA. Washburn-McReavy.com Strobeck-Johnson 952-938-9020

Peter Brian Tillotson MD The world has lost a good one. Known for his quick wit, wry smile and love of people, (Peter) Brian Tillotson, M.D., 65, passed away unexpectedly from cardiac arrest on March 23, 2022. Brian was born on July 3,... View Obituary & Service Information

The family of Peter Brian Tillotson created this Life Tributes page to make it easy to share your memories.

The world has lost a good one. Known...

Send flowers to the Tillotson family.