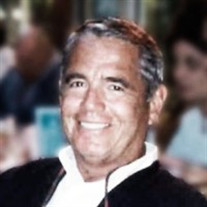 Lynch, Paul Arthur November 29, 1935-May 29, 2022 86, will be deeply missed by all those he touched around the globe. His kindness, gentleness, generosity as well as his witty stories made our world a happier place. He is proceeded in death by parents Arthur and Lillian Lynch and sister Mary Lou Jasinski. He will be fondly remembered by family as well as his many friends. He had a close bond with his family including sister Kathy Callaghan, husband Stephen, and their children, Elizabeth, Michael, Rachel, her husband Al Smith, and daughter Isabella; as well as the Jasinski family including nephew Steven, his wife Susan, and children Matthew and Kylie, also nephew Paul, his wife Anne, and children Daniel and Hannah. Paul was a lifelong resident of the Minneapolis area as well as a world traveler. He graduated from Washburn High School and the U of M in '58. He was a cheerleader and a gymnast at the U and was captain of the team and rooter king his senior year. He was a proud member of M Club from 56-58. His career was as an investment banker specializing in municipal finance. He worked at Kalman and Co., (now RBC Capital) 58-65; Piper Jaffray 65-75; Paine Webber, (now UBS) 75-87. He retired 12-31-87 as Senior Vice President. He loved Minnesota except the winters! To endure them he spent a month in Grand Cayman, and another month Zihuantanejo where he was the honorary mayor of La Ropa Beach. After spending Christmas with family, he would go for two months in Portugal. For spice, he added regular fall trips to his beloved Ireland. His mission was to find a gentle and (sometimes) quiet way to spread joy and leave happiness wherever he went. He was a faithful friend with many lifelong friendships. He said that he never had a dangerous or difficult encounter in all his travels from Abu Dhabi to the South Pacific, Far East and Europe. While he was modest and subtle, he also had a wickedly dry sense of humor. However, he never wanted to be the center of attention, and had an uncanny knack of making each person he met feel very special. Special thanks to Dr. Davis and staff at Park Nicollet for accompanying him through his journey. There will be an Irish Wake to celebrate Paul's well lived life on Thursday evening, June 23 at the Silverwood Park Great Hall, 2500 County Road E, St. Anthony MN (handicap accessible). 4:30-6:00 p.m. Cocktail and Hors d'oeuvres Reception. 6:00-8:00 p.m. Celebration of Paul's life and tributes with merriment. In lieu of flowers, donations to Virginia Piper Cancer Institute or donor's choice would be appreciated. Washburn-McReavy.com

Lynch, Paul Arthur November 29, 1935-May 29, 2022 86, will be deeply missed by all those he touched around the globe. His kindness, gentleness, generosity as well as his witty stories made our world a happier place. He is proceeded in death... View Obituary & Service Information

The family of Paul Arthur Lynch created this Life Tributes page to make it easy to share your memories.

Send flowers to the Lynch family.