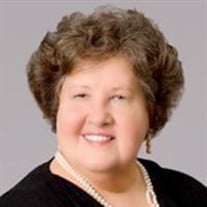 Weber, Patricia Ann (Healey) age 75, passed away on August 20, 2018. Preceded in death by parents, John and Frances Healey and husband Kenneth Richard Weber. Survived by brothers, John E., Thomas (Deborah), and Michael Healey, many nieces and nephews, and many, many friends. Patti Graduated from Saint Margaret's Academy Minneapolis in 1961. While at the University of Minnesota, she accepted a position with the US department of state as a code clerk in Paris. Later while on assignment in Bangkok, she met and married Ken Weber, an agent for the Central Intelligence Agency, and moved to Udorn, Thailand. After just three years, Ken passed away. Patti earned a BS in government science from American University and worked in many countries in a covert capacity for the Agency. After a number of senior positions in Washington, her CIA career concluded as chief of policy for the national clandestine service. Her portfolio of work included activities with military, federal intelligence, and law-enforcement agencies on front page issues such as terrorism. After 31 years of service, she received the Distinguished Career Intelligence Medal, the highest award given to a CIA officer as well as the US Secret Service Director's Recognition Award which was almost never given to a non-USSS employee. She retired to Minneapolis in 2006 and became very active with The Woman's Club of Minneapolis, serving as president from 2012 until 2015. As a member she enjoyed many activities, giving back to the community and meeting and making new friends. Visitation on Wednesday, August 29 at 9:30 AM at the Basilica of St. Mary, Hennepin Ave at 17th St., Minneapolis, followed by a Mass of Christian Burial at 10:30 AM. Immediately following the Mass, a luncheon in celebration of her life for family and friends will be held at the Woman's Club of Minneapolis, 410 Oak Grove St., Minneapolis. Private interment at St. Mary's Cemetery. Memorials to the Woman's Club of Minneapolis. washburn-mcreavy.com Edina Chapel 952-920-3996

The family of Patricia Ann (Healy) Weber created this Life Tributes page to make it easy to share your memories.

Send flowers to the Weber family.