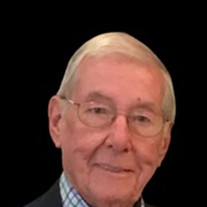 MICHAEL FRANCIS KELLY The family of Michael F. "Mike" Kelly, age 91, of Edina, MN & Captiva, FL, is saddened to announce his peaceful passing on May 8. He was preceded in death by his wife of 47 years, Mary H. "Peggy" Kelly; parents, Frank and Leona Kelly; and granddaughter, Alexandra Loncar. He will be lovingly remembered by his children: Dr. Michele Herring (Andy), Michael Kelly Jr. (Gretchen), and Mary Anne Loncar (Frank); grandchildren: James, Matthew (Erin), Joseph (Amy) and Meghan Herring, Connor, Cormac, and Cullen Kelly, and Lillie and Emma Loncar; new great grandson Charles Herring; sister: Mary Leone Rieder (Jim) as well as his extended family and friends. Mike is also survived by his loving partner, Sue Touscany of Green Bay, WI. Mike was raised in Cloquet, Minnesota and graduated from the University of Notre Dame with a degree in Finance. He then served for 2 years in the U.S. Air Force attaining the rank of 1st Lieutenant. Following his service, he attended the University of Michigan Law School where he met Peggy. He began his legal career at the J.L. Hudson Company in Detroit, Michigan. He moved to Edina, Minnesota in 1971 following the Dayton Hudson merger. Mike worked his way up through the Dayton-Hudson Corporation eventually becoming President of Dayton-Hudson Properties in 1977. With the support of Dayton's, his management team and private equity, Mike purchased the real estate operations from Dayton-Hudson in 1980 and founded The Center Companies, which included all the remaining real estate holdings and operations of Dayton Hudson including among others, the management of the heritage shopping centers, the Dales. By 1989, The Center Companies was the largest manager of retail properties for institutional investors in the country, with almost 30 million square feet of property and $2B in assets. In 1989, Mike sold the company to General Growth creating one of the largest shopping center management companies in the country. The following year he left and co-founded TCC Properties Group, Inc to provide broader real estate management and financial services. The company's name was changed to Marquette Partners where Mike served as Chairman until his retirement. Mike was very active in trade organizations as well, serving as President of the Urban Land Institute and on the Executive Board of the International Council of Shopping Centers. After retirement, Mike and Peggy split their time between Captiva Island, FL, Edina and Bay Lake, MN. Mike was very active civically and charitably both in Minnesota and Florida, serving on many community boards in Minneapolis, Edina and in Florida. He supported several specific projects such as the expansions of the Edina Art Center (Peggy Kelly Media Center) and the Sanibel Community House. He was a member of the Church of St. Patrick (Edina), Basilica of St. Mary (Minneapolis), Our Lady of Fatima (Garrison) and St. Isabel (Sanibel, FL). Mike loved music and was a longtime patron of the Minnesota Orchestra, Southwest Florida Symphony and Big Arts Sanibel. To everyone who knew him, Mike was a strong patriarch, thoughtful business leader, wonderful mentor and faithful friend. To his family, he was their beloved Papa, who cherished, counseled and cared for them and who always derived great joy spending time with them, especially at his favorite places on Bay Lake and Captiva Island. Mike left a meaningful legacy and will be greatly missed. The family is eternally grateful for the wonderful care provided to Mike by all the staff at The Waters of Edina and Grace Hospice. Memorial Donations may be made to the Edina Art Center through the Edina Community Foundation, www.edinacommunityfoundation.org, the Sanibel Community House, www.sanibelcommunityhouse.net, or the Bay Lake Improvement Association, www.baylake.org, Memorial Service will be held at 12:00 PM at the Lakewood Cemetery Memorial Chapel on Tuesday, June 14, located at 3600 Hennepin Avenue, Minneapolis, MN 55408 (612-822-2171).

MICHAEL FRANCIS KELLY The family of Michael F. "Mike" Kelly, age 91, of Edina, MN & Captiva, FL, is saddened to announce his peaceful passing on May 8. He was preceded in death by his wife of 47 years, Mary H. "Peggy" Kelly; parents, Frank... View Obituary & Service Information

The family of Michael Francis Kelly created this Life Tributes page to make it easy to share your memories.

Send flowers to the Kelly family.