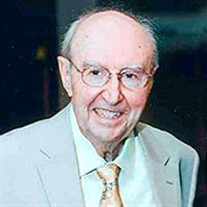 Hoagland, Melvin G. Age 86 of Edina passed away June 1, 2018. Born in St. Bonifacius, MN to the late Ernest and Augusta Hoagland. Survived by wife of 56 years Marge Hoagland; daughters Merri Lynn Jono (Ryusuke) and Laurie Egstad (Eric); 5 grandchildren Abby, Alyssa, and Benjamin Egstad and Alex and Emi Jono; sister Barbara Wagener (Art), nephew Bill Wagener (Nicole). Mel was an Eagle Scout, Troop #216, St. Bonifacius. He was the first Eagle Scout from the troop. Over the years he was a scouting volunteer for 25+ years. He received the Silver Beaver Award and the Outstanding Eagle Scout Award. Over the years, he maintained an interest in his hometown and was one of the founding members of the St. Bonifacius Historical Society. Mel graduated from St. Cloud State Teacher's College in 1953 with a BS Degree. Later he earned an MA Degree and PhD at the Univesity of Minnesota in school administration. Mel spent two years in the U.S. Army after graduation from St. Cloud. He was stationed in Japan. After discharge from the Army, he was hired to teach 6th grade at McKinley School in North Minneapolis. His career in the Minneapolis Public Schools included 6th grade teacher, principal, North Area Superintendent which included all elementary and secondary schools in N.E. Minneapolis. While a classroom teacher, he was active in Local 59 Teacher's Union, elected to be president of Local 59 and also the Minnesota State Federation of Teachers. After retiring from the Minneapolis Public Schools he worked for Group Health, Inc. as Vice President of Human Resources. Continuing his interest in health care and also labor relations, he took the position of the Director of the Twin Cities Area Labor Management Council (an organization that promoted positive ways of communications between management and their unions). Mel finally retired in 1999 to spend more time with his family, especially his grandchildren. Family trips were taken locally and around the country and in Minnesota. Athletic games and concerts were attended by Marge and Mel. Mel was a kind, generous man who always offered a kind word and helping hand to people. He will be greatly missed. Mass of Christian Burial 10:30 AM Thursday, June 14 with visitation beginning at 9:30 AM at the Church of Our Lady of Grace, 5051 Eden Ave. S., Edina. Interment Roselawn Cemetery. Memorials preferred to Troop #100, care of Westminster Presbyterian Church, Attn: Dave Moore, 1200 Marquette Ave., Mpls., MN 55403. Washburn-McReavy.com Edina Chapel 952-920-3996

The family of Melvin G Hoagland created this Life Tributes page to make it easy to share your memories.

Send flowers to the Hoagland family.