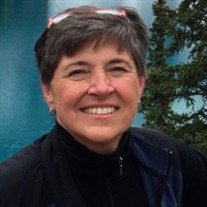 Massopust, Maureen W. "Mo" Age 71 of Edina, passed away peacefully at home on February 21, 2022, surrounded by her family. Mo was born in Minneapolis to George B. Wagner and Luverne Alice Wagner. Her childhood was spent first in Northeast Minneapolis and later in Minnetonka. She attended Hopkins High School and the University of Minnesota where she was a member of the Alpha Gamma Delta sorority and received her degree in Biochemistry with honors. While attending college Mo was first chosen as the Hopkins Raspberry Festival Queen and thereafter was crowned the Queen of the Lakes during the 1970 Minneapolis Aquatennial. She took a one-year sabbatical from college and traveled the United States and many Caribbean countries as an ambassador for the City of Minneapolis. Her most fun memory was riding in the Rose Bowl parade on the float entered by the City of Minneapolis. Mo met her husband, Rick, after she ran into his car in a downtown parking ramp as they were both headed to work on an early, cold January morning. That encounter ultimately led to a wedding on November 11th, 1978, and forty-three wonderful years of marriage. They were blessed with three beautiful children; Betsy, Katie, and Charlie, who have been a never-ending source of love, joy, and pride. Rick and Mo's life together was built on unconditional love, mutual respect, and commitment to both family and each other. Mo began a twenty-plus-year banking career at US Bank (formerly First National Bank) after college, which culminated with Mo being a Vice President in the commercial real estate lending division. After retiring from her first career, Mo jumped into her second career as a full-time mom. Once again, she threw her entire being into supporting her three children and husband. She chauffeured countless trips and attended countless practices, meets, games, and performances with the swim, cross-country ski, dance, choir, synchronized swimming, football, and basketball teams. She became president of her children's middle school PTA and was certified as a swim official by the Minnesota Swimming Official's Association which allowed her to officiate swim meets ranging from beginner swim club events to Minnesota State High School State Tournaments. Each year was also punctuated with many trips to the family cabins "up north" in both Wisconsin and Minnesota, by annual spring trips to Arizona to visit Grandma and Grandpa, by large holiday family gatherings, as well as special summer trips to Yellowstone, Glacier, Alaska, the Canadian Rockies, and Switzerland. After becoming empty nesters and despite Mo being diagnosed with Multiple Myeloma in 2007, Rick and Mo were able to travel the world with friends and family, watch their fourteen grandkids grow and thrive, and celebrate friendships with their bridge club, house group, book club and Mo's beloved coffee ladies (aka the "Ladies of the Cup") who were her good buddies for more than thirty years. Mo was a woman of abiding faith. She was a member of St. Stephens Episcopal Church in Edina. She spent many years working with high schoolers as they participated in the semi-annual Teens Encounter Christ (TEC) weekend retreats. Mo is survived by her beloved husband, Rick; her three children and their spouses, Betsy & Todd Johnson, Katie & Travis Lee, and Charlie and Katie Massopust; her fourteen grandchildren: Gabrielle, Ethan, Gideon, Juliet, Elias, Dominic, and Felix Johnson; Harkin, Tobias, Sylvia, Simone, and Mimi Lee; and Mackenzie and Rickie Massopust; her two sisters Sharon (Carl) Borine and Cindy Engel; as well as many brothers and sisters-in-law, nieces and nephews and their families. She is preceded in death by her parents and by her brother and his wife, Leland and Bev Wagner. Despite the list of her considerable achievements, Mo's legacy will be the overwhelming love, positive attitude, and infectious laugh and enthusiasm that she shared with everyone that she touched. Whether being with her closest friends or befriending perfect strangers while on mundane daily errands or on exotic travels, Mo had the unique ability to make nearly any occasion feel like both an adventure and a celebration. Special thanks to Dr. Martha Lacy and her team at Mayo Clinic for outstanding care and friendship over the past 14 plus years and to Sophie Tobias and her team at Allina Health Hospice, for their wonderful care and compassion at the end of Mo's life. A celebration of Mo's life will be held at 11:00 on Friday, March 4th, 2022 at St. Stephens Episcopal Church at 4439 West 50th Street Edina, MN. A luncheon reception will follow at Edina Country Club directly across Wooddale Ave from the church. In lieu of flowers, gifts are preferred to the Multiple Myeloma Research Foundation (give.themmrf.org/...) or a charity of the donor's choice. Washburn-McReavy.com Edina Chapel 952-920-3996 West 50th St. & Hwy 100

Massopust, Maureen W. "Mo" Age 71 of Edina, passed away peacefully at home on February 21, 2022, surrounded by her family. Mo was born in Minneapolis to George B. Wagner and Luverne Alice Wagner. Her childhood was spent first in Northeast Minneapolis... View Obituary & Service Information

The family of Maureen Massopust created this Life Tributes page to make it easy to share your memories.

Send flowers to the Massopust family.