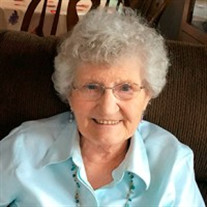 Forsman, Mary Age 87, Minneapolis, MN, passed away Saturday, December 25, 2021. Mary was born November 25, 1934, in Bowlus, MN. She lived for over 60 years in a home in Minneapolis, MN where she and her husband George raised a family of 5 children... View Obituary & Service Information

The family of Mary Monica Forsman created this Life Tributes page to make it easy to share your memories.

Send flowers to the Forsman family.