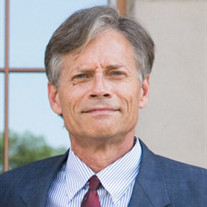 Mark A. Rurik Mark died of a fatal heart attack on Wednesday morning, February 23rd. He was preceded in death by his father, Arthur Bertyl Johnson, his mother, Arline Helen Johnson, and his sister Susan Kay Johnson. He is survived by his wife,... View Obituary & Service Information

The family of Mark Arthur Rurik created this Life Tributes page to make it easy to share your memories.

Mark A. Rurik
Mark died of a fatal heart attack on Wednesday...

Send flowers to the Rurik family.