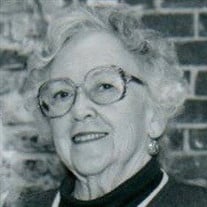 Wunder, Marjorie Irene Munson 90, died as she lived at peace with her Lord on Friday, October 1. Born and raised in Monmouth, Illinois, Marjorie graduated from Monmouth College in 1953 where years later she served on the alumni board for several years. There, she fell in love with her husband Hollis. In 1954 the couple moved to Buffalo, New York, where their three children were born. Ten years later the family moved to Minneapolis, Minnesota, where Marjorie and Hollis both lived the rest of their lives. Motivated by a strong commitment to peace and justice and inspired in the 1980s by the teachings of peace activist William Sloane Coffin, Marjorie supported the peace movement in a variety of ways. She joined the newly formed Women Against Military Madness and formed Minneapolis & Hiroshima Friendship Cities. She was one of the six co-founders of Edina Grandmothers for Peace, and she three times represented the City of Minneapolis at the World Conference of Mayors for Peace held in Hiroshima. She was also a proud recidivist in Honeywell Project civil disobedience actions protesting the production of nuclear weapons and cluster bombs. Her legacy shines brightest at the Lyndale Park Peace Garden. While visiting the Hiroshima Peace Memorial Museum in 1983, she introduced herself to its director and shared a binder full of good wishes sent by citizens of Minneapolis. As a result, further conversations ensued and the city of Hiroshima presented the city of Minneapolis with a stone from the 1945 blast. Through Marjorie's efforts, this memorial stone was placed in a city rock garden on the 40th anniversary of the bombing. Her commitment to honoring remembrance, response and reconciliation led to the renaming of this park as the Lyndale Park Peace Garden and to her continuing support of numerous additions and improvements to the garden in the 36 years since. Annual remembrances of the 1945 atomic bombing are held in the garden every year. Marjorie found genuine joy in the people she met and the lasting friendships she formed throughout her life. She is survived by children Douglas (Sharon) of Jacksonville, Florida, Holly Stiles (Michael) of Sacramento, California, and Julianne Simmons (Kent) of Bloomington, Minnesota; grandchildren Kevin, Holly and Andrew Wunder, Jennifer and Jessica Simmons, and Lauren Stiles; great grandson Luka Pax Wunder; brother-in-law Gustav Wunder (Nancy) and their sons Richard, William and Robert; sister-in-law Margaret Wunder and her daughter Nancy Book; sister-in-law Mary Munson and her children Chris Munson (Morgan) and Sarah Maiocco (Matt); several grand-nieces and nephews; some of her 45 first cousins who have lived as long as she did, and many friends. She was preceded in death by her husband of 51 years Hollis Wunder; parents James Edward Munson and Ruth Cable Munson; brother Kendall Munson; brother-in-law Albert Wunder; nephews John, Richard and Michael Wunder; and infant son John. During this past summer, she has greatly appreciated the support and care of the Park Nicollet Heart and Vascular Center, the Minnesota Masonic Home, and the Park Nicollet Hospice program. A Celebration of Life memorial service will be held at Saints Luke and James Episcopal Church (4557 Colfax Ave. So. in Minneapolis) at 2:00 pm on Friday, October 22, 2021. Weather permitting, the service will be held outdoors. All are also welcome to come to the Lyndale Park Peace Garden at noon to join in folding origami cranes. We'll have to do our best without Marj there to guide us. Memorials may be directed to Women Against Military Madness (4200 Cedar Ave. So., Suite 3, Minneapolis, MN 55402) or Hope Community (611 East Franklin Ave., Minneapolis, MN 55404). Washburn-McReavy.com Edina Chapel 952-920-3996

Wunder, Marjorie Irene Munson 90, died as she lived at peace with her Lord on Friday, October 1. Born and raised in Monmouth, Illinois, Marjorie graduated from Monmouth College in 1953 where years later she served on the alumni board for several... View Obituary & Service Information

The family of Marjorie Irene Wunder created this Life Tributes page to make it easy to share your memories.

Wunder, Marjorie Irene Munson 90, died as she lived at peace...

Send flowers to the Wunder family.