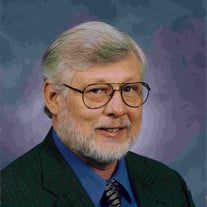 Lyle G. Dallman, age 80 of Minnetonka, Mn. Passed away peacefully after his brief battle with cancer on March 1, 2022. Lyle was born on February 16, 1942, in Minneapolis, Mn. He was preceded in death by parents Leslie and Zita Dallman. Survived by wife Linda (Doss), son Sean Fechner (Kim), daughters Amy Mattick (Troy), and Jennifer Johnson (Rory). Grandsons Sean, Jason, Blake, Jacob and Austin. Survived also by brothers Ken (Jackie), Larry (Brenda) and Lorall (Anita), sisters Brenda Block (Lloyd) and Susan Hagness (Ken) as well as many nieces, nephews and cousins. Lyle and Linda were married on February 11, 1969. They were married for 53 loving years living in the same house in Minnetonka, Mn. for their entire marriage. They raised 3 children. Lyle worked multiple jobs to provide for his family, allowing his children to participate in any sport or activity that they were interested in. Lyle served in the US Navy for 5 years as a nuclear engineer. He had an honorable naval career and served on multiple naval submarines. He then went on to work at the phone company and retired after 35 years. He also worked at United Healthcare for several years after that. His favorite pastimes included fishing, hunting and bowling. Lyle participated on many bowling leagues with his friends and family. His family's team name was Looney Tunes which was quite fitting for our family. He enjoyed hunting on the family land with his brothers, son, grandsons, nephews and niece. Every now and then he would see a deer, when he was awake. He loved to fish. He would go with anyone, anytime, anywhere. You could always find Lyle fiddling in the boat. Whether it was with his fishing tackle or electronics. He enjoyed playing computer games especially with his grandsons. He was an avid reader. One of Lyle's greatest joys was to support the Humane Society by giving homeless dogs a chance to have a good life. There were many throughout the years and he loved them all. Brutus, Ceasar, Puddles, Sam, Daisy, Sally, Molly, Daniel, Kirby, Einstein, Holly, Annie, Georgia, Dolly. A memorial service will be held on Thursday April 21, 2022, at Washburn-McReavy Funeral Home 14000 Main St. Hopkins, Mn. 55343. Visitation at 10:00 am. Service at 11:00 am. Burial will be at Fort Snelling National Cemetery, Minneapolis, MN on Thursday, April 28, 2022 @ 1:30 pm. In lieu of flowers, memorials preferred to the Autism Society of Minnesota at the following website. ausm.org/donate/donate-to-ausm/

Lyle G. Dallman, age 80 of Minnetonka, Mn. Passed away peacefully after his brief battle with cancer on March 1, 2022. Lyle was born on February 16, 1942, in Minneapolis, Mn. He was preceded in death by parents Leslie and Zita Dallman. Survived... View Obituary & Service Information

The family of Lyle Gene Dallman created this Life Tributes page to make it easy to share your memories.

Send flowers to the Dallman family.