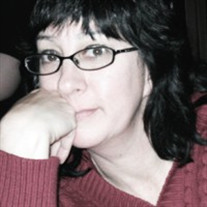 Leslie A. Berger of Minneapolis passed peacefully in her sleep on June 19, 2022 surrounded by Tom, Sean, Julie, Kendra, and her parents Chuck and Pat. Leslie fought to the very end and won her battle with cancer, as she is no longer in pain. In November of 2017 Leslie was diagnosed with Breast Cancer. Over the past four and half years she had fought through nearly a dozen rounds of chemo, multiple rounds of radiation, brain surgery, and countless doctor appointments. In spite of all of that, she never let it slow her down. In fact, most of us often forgot she had cancer on a day-to-day basis. Her strength and resolve to keep fighting was remarkable and downright inspirational. Leslie was also a dedicated volunteer and was involved in multiple organizations over the years; for more than 15 years she was a member and later the President of the Hale/Field Foundation, she planned and coordinated for various school functions like the Hale carnival, Hale Passport night, assisted with organizing the funding for the Hale/Field Band program, and organized for the Annual Hale Plant Sale, later she organized and then lead the South High Senior party Committee for 12 years, and lead the planning for the annual South High Super Soccer Saturday events for more than 10 years, she coached, mentored, volunteered, and later Tournament Directed multiple LEGO robotics tournaments for High Tech Kids, she planned Patrick Henry High School reunions, and for more than 35 years she organize various work functions for Schawk Minneapolis. Through her volunteer work, Leslie was able to touch so many people's lives, whether you had known her for years or just briefly through these connections, she was a humble soul that never asked for the recognition of her work and gladly did it with a smile on her face. She was a presence you always felt by each minute detail. Some of Leslie's favorite things to do were to work in her garden, including planting as many hosta varieties as known to earth. She enjoyed cooking and baking, and although she wasn't the best cook growing up, she had the ambition to teach herself over the years, becoming known for her grilling skills and her coveted Christmas cookies. Anyone that knew Leslie would also know that she had a deep and special affection for animals, especially dogs. If you owned a dog, you bet she would want to see a picture of them, if not meet them and offer to watch them for people. Any dog she owned was spoiled beyond belief, and of course that included her grand-dogs Rocket and Luna. Her calming and caring nature was reflected in the way she cared for these animals. Leslie also had a love and affinity for the Star Wars series. Anytime Star Wars was on T.V. or when a new movie came out, she would immediately light up and her attention would be consumed by it for the entire day. In fact, Leslie's love of Star Wars was so great she kept a note on her phone of one of her favorite quotes, "Do. Or do not. There is no try." - Master Yoda, Episode V: The Empire Strikes Back. May Leslie's strength and spirit of involvement remain as fond memories we can look back on and share with each other. She cherished all of her friendships so dearly, and loved each and every one of you. Leslie is preceded in death by her grand-dog Rocket McConnell. She is survived by parents Charles and Patricia Berger, husband Tom McConnell, son Sean (Julie) McConnell, daughter Kendra McConnell, sisters Lynne (John) Berger and Deb Carlson, and grand-dog Luna McConnell. "When someone you love becomes a memory, the memory becomes a treasure." Leslie's Celebration of Life gathering will be held on Thursday, June 23 from 5pm to 8pm at Washburn-McReavy Nokomis Park Chapel. Address of the Chapel is 1838 E Minnehaha Pkwy, Minneapolis, MN 55407.

Leslie A. Berger of Minneapolis passed peacefully in her sleep on June 19, 2022 surrounded by Tom, Sean, Julie, Kendra, and her parents Chuck and Pat. Leslie fought to the very end and won her battle with cancer, as she is no longer in pain.... View Obituary & Service Information

The family of Leslie Ann Berger created this Life Tributes page to make it easy to share your memories.

Leslie A. Berger of Minneapolis passed peacefully in her sleep...

Send flowers to the Berger family.