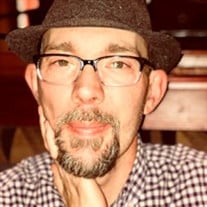 Waxler, Kelly Patrick Kelly Patrick Waxler passed away on December 22, 2021, at the age of 50. He had been privately battling serious health issues, but we never expected to lose him so young. Kelly was born on September 25, 1971 in St. Paul, MN to Della Waxler (née Alm) and Ken Waxler. He grew up in Falcon Heights and St. Paul. As a young man, Kelly was kind, curious and smart - traits he passed along to his son Sebastian. Growing up, he spent many happy summers at his Aunt Alice and Uncle Chuck Bowman's farm in Prosper, ND. He attended Central High School in St. Paul where he met many of the people who remained his closest friends throughout his life. Kelly loved computers and was drawn to a career in technology. He attended the University of Minnesota and Metropolitan State University with a focus on computer science. He excelled in his career as a release engineer and most recently as a DevOps engineer. He worked with teams to make building and releasing software as simple as it could be, and he improved the daily workflow of his coworkers for companies like Adobe, Pearson VUE and Wells Fargo. In addition to being talented at the technical aspects of his job, his colleagues have shared that he was always willing to help solve any problems, contributed great ideas and was a pleasure to work with. In 2006, Kelly and Jodi Hanson were married in Fargo, ND. Together, they bought two mid-century homes (a style they both loved), traveled extensively, spent countless weekends at the lake cabin, rescued two terriers (Ole and Suki), watched hundreds of Vikings games, never missed a Minnesota State Fair and - most importantly - welcomed their son Sebastian into their lives in 2012. Kelly was a devoted father who centered Sebastian in all he did. He was an incredibly supportive, patient and loving dad. Together they spent hours playing games, building Lego sets, reading, watching movies, attending car shows and enjoying anything Star Wars. Kelly was the biggest cheerleader at Sebastian's football, basketball and soccer games. He was also a Cub Scout den leader. The connection they had was cherished by both. Kelly was predeceased by grandparents Milton and Charlotte Alm and Frank and Alice Waxler. He will be deeply missed by Jodi, his son Sebastian, mother Della (Robin) Linse, father Ken Waxler (Marian Kittel), mother and father-in-law Renae and Monte Hanson, sister- in-law Jacki (Jake) Kruse, nephews Connor and Max Kruse, step-sisters Michelle Dalbec, Angela Linse, Brighid Lannon, and adoring pup, Suki. Visitation will be Wednesday, January 5, from 5:00 - 7:00 pm at Washburn-McReavy Northeast Chapel, 2901 Johnson St NE, Minneapolis. Sharing of stories at 6:30 pm. Masks are required. Memorial service will be Thursday, January 6 at 1:30 pm at Nativity Lutheran Church: 3312 Silver Lake Rd NE, St. Anthony, MN. Masks are required. Jodi and Sebastian have created a fund to be distributed in Kelly's honor to charities and organizations he loved. If you'd like to contribute, donations can be sent to Washburn-McReavy Funeral Home at the address above or through PayPal via [email protected] Washburn-McReavy.com Northeast Chapel 612-781-6828

Waxler, Kelly Patrick Kelly Patrick Waxler passed away on December 22, 2021, at the age of 50. He had been privately battling serious health issues, but we never expected to lose him so young. Kelly was born on September 25, 1971 in St. Paul,... View Obituary & Service Information

The family of Kelly Patrick Waxler created this Life Tributes page to make it easy to share your memories.

Send flowers to the Waxler family.