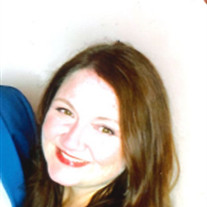 Kathryn "Kate & Katie" Meaghan Ryan-Pomerleau Died suddenly at her home in Shoreview on Thursday, January 6, 2022. She was 44. Kate was born on Dec. 5, 1977 at the US Naval Hospital, Cubi Point, Philippines to Jack and Louise Ryan. Katie later lived in Springfield, VA before moving with her mom and dad to Woodbury, MN in 1981. Kate was athletic, playing both soccer and softball until the end of her senior year at Woodbury High School. She particularly loved soccer. She was still playing and helping coach her son's team. Kate graduated with honors from Woodbury High School in June of 1996 and then entered the University of Wisconsin at Madison, where she majored in Journalism/Advertising. She pledged Delta Delta Delta Sorority in her freshman year and continued being involved in the Tri-delts after graduation as a member and President of the Twin Cities Alumni Association. Katie married Adam Pomerleau in 2011. Their son, Grady, was born in 2013. Kate worked for a number of advertising agencies in the Twin Cities and was currently working in a temporary position for Allina. She was a fund-raising board member for the American Brain Tumor Association. Kate was a wonderful mom to Grady and a great wife to Adam. She had a great sense of humor with a certain touch of cynicism and had numerous, wonderful friends. She liked movies, good food and drink. She was a dedicated fan of her Wisconsin Badgers and very proud of her Irish heritage. Kate will be greatly missed by her family and her many friends. Kate was predeceased by her grandparents, Joe and Rita Ryan and John and Ruth Kehr. She is survived by her husband, Adam Pomerleau; son, Grady Pomerleau; parents, Jack and Louise Ryan; brother, John Ryan; in-laws, Dale and Cynthia Pomerleau and Melanie and Jon Tuttle; numerous cousins, uncles and aunts. Mass of Christian Burial will be held at the Basilica of St. Mary (1600 Hennepin Ave., Minneapolis) on Saturday, January 22 at 11 AM with visitation one hour prior. In lieu of flowers, donations preferred to the American Brain Tumor Association. Interment Guardian Angels Cemetery, Oakdale. An Irish celebration of life will take place in summer 2022 with details to follow at a later date.

Kathryn "Kate & Katie" Meaghan Ryan-Pomerleau Died suddenly at her home in Shoreview on Thursday, January 6, 2022. She was 44. Kate was born on Dec. 5, 1977 at the US Naval Hospital, Cubi Point, Philippines to Jack and Louise Ryan. Katie later... View Obituary & Service Information

The family of Kathryn Ryan-Pomerleau created this Life Tributes page to make it easy to share your memories.

Send flowers to the Ryan family.