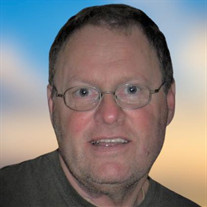 KARL OSCAR OLSEN was born June 11, 1956 in Dallas, Texas to Karl and Betty Olsen (Eisenman). Karl attended Woodrow Wilson High School for 2 years but then elected to graduate early by passing the G.E.D. examinations. Karl joined the U.S. Army and was a Military Policeman for a couple of years until he was injured during a training exercise prior to deployment overseas. The injuries required multiple surgeries and a long recovery time. As a result, he would require medical treatment for his teeth and jaws periodically for the rest of his life. A restless, free spirit of endless new dreams and goals, Karl lived and worked in multiple cities over the years in his youth in Texas, Louisiana, Illinois, and Minnesota. However, he proudly always considered himself a Texan! He was a skilled and experienced carpenter, house remodeler, draftsman and general handyman. He tried his hand at many occupations but kept coming back to the carpentry he loved, as had his paternal grandfather and great grandfather. He was also a good, self-taught automobile mechanic. At age 36, Karl was diagnosed with Behcet's disease; an uncommon autoimmune disorder which would plague him for the rest of his life. The ravages of the disease led to Karl having three strokes and becoming handicapped, with limited use of his left arm and leg. On Aug 18, 2001, Karl married Roxanne Elizabeth Slater. The marriage would result in producing a beautiful daughter Olivia Olsen, born July 14, 2005. Olivia was the joy of Karl's life. Karl and Roxanne divorced after many years together but maintained a graceful friendship thereafter until his death. Once Karl could no longer do physical work and was on disability, he started working on a college degree via an on-line program with Colorado Technical University. He achieved two Associate Degrees and was just a few credits short of a Bachelor's Degree when his health took a turn for the worse. His goal having been self-improvement and a hope of finding work as a counselor or advisor so he could help others despite his handicap. Karl was loved by all who knew him even when differences came between them. He was always full of jokes, teases, and amusing facts. Plants and animals were dear to his heart, especially cats, of which he had many over his lifetime. He loved reading and doing crossword puzzles. His passion for music and movies resulted in an encyclopedic knowledge of the songs and films of his generation. Karl was a collector at heart with everything from Samurai swords to pocket watches and pipes. While he had explored many faiths over the years, he found peace in Buddhist philosophy in the end. He was an artist with special interests in drawing, photography and poetry, which friends and relatives enjoyed. That was Karl, he was always pursuing new interests and dreams. Karl passed away at age 65, on May 28, 2022 at Mercy Hospital in Coon Rapids from complications of heart bypass surgery, just a few weeks before reaching 66. He is survived by his former wife and friend Roxanne Molskness; daughter Olivia Olsen; half-brother Bob Gilbert; sisters Pam, Denise, Iris, Cindy, Joy, and Jeanette; nephew Matt Gilbert and niece Angela Conklin; cousin Tim Wolhart; and many other friends and relatives. A service of remembrance will be held on Wednesday, June 15th at 5:00 p.m. beginning with a visitation at 4 p.m. at the Washburn-McReavy Funeral Home in Coon Rapids.

The family of Karl Oscar Olsen created this Life Tributes page to make it easy to share your memories.

Send flowers to the Olsen family.