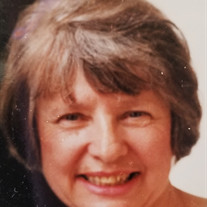 Ridl, Josephine K. Age 88, passed away on Feb 26, 2022. Preceded in death by her parents, husband and two daughters. Survived by a sister and brother (sister-in-law), a son (daughter-in-law) and 4 daughters (three son-in-law), seven grandchildren and one great-grandchild. Visitation March 11 from 5-7PM at Washburn-McReavy Dawn Valley. Funeral Mass on March 12; 11:00 am at St Edwards Church in Bloomington with visitation one hour prior. www.Washburn-McReavy.com Dawn Valley 952-941-7686 9940 Bush Lake Rd, Bloomington Josephine (Hensel) Ridl was born December 19, 1933, to Elizabeth and Joseph Hensel in Lefor, North Dakota. She started her life living on the farm with her parents, spent one year in grade school living with a close relative away from home, and finished her schooling in Dickinson, ND when her family moved to the city. Josephine was active during her high school years writing for the school paper and playing the clarinet in the school band. Josephine was the second youngest of six children,: two full siblings and three half-siblings. They were a close family and continued to visit with each other as they grew older and moved to other parts of the country. She married her husband, Otto, in 1954 and they were married for 57 years. They lived in Grand Forks ND for a couple of years while Otto finished college and Josephine worked as a bookkeeper while raising her first child. Josephine and Otto moved to the Twin Cities in 1956 where they raised their family of 6 daughters and 1 son. Josephine remained dedicated to her family, making trips back to North Dakota, sometimes even driving by herself, when life was busy for others. Josephine was also very devoted to her husband, children and grandchildren. Josephine was active in the church for many years while her children were still young and continued with her dedication to the Catholic faith throughout her lifetime. Her favorite prayers were "The Lord's Prayer" and reciting the Rosary. When the children were older, Josephine and Otto bought a Dairy Queen and ran the business together for many years. Josephine was key in starting and introducing cake decorating and sales in their business. Later in life Josephine was blessed to meet a special friend in Jim Worm. She was preceded in death by husband, Otto; and daughters, Linda and Sharon. She is survived by children: Barbara (Tom) Kringstad, James (Gayle) Ridl, Mary Ridl, Theresa (Sean) Knutsen, and Annie (Joe) Schleif; Grandchildren: David (Pim), Brianna, Katherine, Hanna, Wyatt, Ben and Bobby; Great-grandchild, Thomas; and Special Friend, Jim Worm. We know Josephine is at peace, safely in the arms of God forever. We all miss her and forever love her.

The family of Josephine Katherine Ridl created this Life Tributes page to make it easy to share your memories.

Send flowers to the Ridl family.