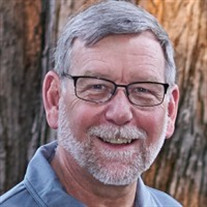 Tuttle, Jon Charles 69, of Plymouth, passed into the presence of his Savior on Sunday, December 19, 2021, surrounded by his immediate family. Jon was born on June 19, 1952 in Spencer, Iowa, to the late Paul and Grace (Fausch) Tuttle. When Jon... View Obituary & Service Information

The family of Jon Charles Tuttle created this Life Tributes page to make it easy to share your memories.

Tuttle, Jon Charles 69, of Plymouth, passed into the presence...

Send flowers to the Tuttle family.