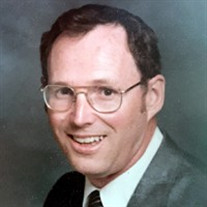 Jake, 86, passed away peacefully in his sleep, early morning December 20th, 2021. It is with great sadness that we share of Jake's passing, but we are thankful for the wonderful life that he lived. Survived by Jane his faithful spouse and partner of sixty years, five children and their spouses, 10 grandchildren and a legion of students and athletes from his 40 years as a World History teacher and football and basketball coach, his final 23 years at Bloomington Jefferson HS. [27 years to end of his coaching career] Born in St Cloud, Minnesota to James and Ann Lynch, he grew up in Waite Park, Minnesota with two older brothers, while attending Catholic schools and being introduced to a number of sports, which he absolutely loved. Lifelong friendships developed in those classrooms and on hardscrabble fields and playlots. He graduated near the top of his class from Cathedral HS in '53, while captaining the basketball & football teams. Moving on to St John's University, he decided early his freshman year to pursue a degree in education, with a desire to teach and coach at the high school level. One of the initial people Jake met on the St John's campus that fall was first year football coach John Gagliardi, who for many years (semi) kiddingly referred to Jake as the first athlete he recruited to SJU. He also established himself as a defensive stalwart - his calling card as a coach - and four year starter on the hardwood, where he was beloved by the "Rats", and his coaches. Jake graduated a "Johnny" in spring '57, and began his teaching/coaching career at his high school alma mater. Jake met Jane Opatz in the winter of '58 (she was a junior & education major at St Benedict College), and they married in Sauk Rapids in July of '61. Their family and educational odyssey had them leave St Cloud in the early 60's, moving to Owatonna Marian HS (where oldest Mike was born), Billings Central in Montana (where John was born), Waconia HS (where Tim was born) and eventually to Bloomington (where Kate and Kevin were born), where he taught thru '93 & coached until '97. A man of strong faith, he strengthened his ties to St Edward Catholic Church and Poor Clares (bothalso in Bloomington), attending mass on a regular basis, as well as volunteering at VEAP & Bridging for 20+ years, once he retired from teaching. He was so thankful for his dear friends, family, fellow educators/teachers, and coaches. In addition, he loved to travel, read, watch "Jeopardy" and attend all his grandchildren's events and games. Jake was also very proud of his Irish heritage and celebrating St. Patrick's Day was a big event. A private burial will be held in Bloomington, with a celebration of life taking place in the Spring of 2022 (details to be determined).

Jake, 86, passed away peacefully in his sleep, early morning December 20th, 2021. It is with great sadness that we share of Jake's passing, but we are thankful for the wonderful life that he lived. Survived by Jane his faithful spouse and partner... View Obituary & Service Information

The family of John Thomas Lynch created this Life Tributes page to make it easy to share your memories.

Jake, 86, passed away peacefully in his sleep, early morning...

Send flowers to the Lynch family.