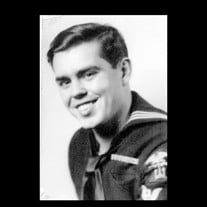 John Warren Hough, (July 10, 1922 - September 23, 2021) John W Hough, age 99, passed away peacefully on September 23, 2021. Son of John F. and Elsie W. Hough, he was preceded in death by his beloved wife of 35 years, Natalie G. Hough; sister Frances Moore and brother Stephen Hough. John was born in Tunbridge, Vermont and raised on the family dairy farm. He graduated from Brandon High School in 1940. Shortly after Pearl Harbor, he enlisted. He was a proud World War II combat veteran, serving in the United States Coast Guard which became part of the United States Navy invasion forces during the war. He served in both combat theaters, Atlantic (U.S.S. Thetis) and Pacific (U.S.S. Centaurus - 6 battle stars). Upon discharge in 1946, he married Natalie Gerry. John was appreciative of the GI Bill and graduated with a Bachelor of Science degree from the University of Vermont and Master's degree from Cornell University, Ithaca, NY. He had a long and distinguished career as an executive in the agricultural industry, retiring in 1985 as the President and CEO of Isa/Babcock an international agri-business. His business career took him to over 120 countries. After his "retirement" from Babcock, John became a partner with Walt Montgomery and Associates and consulted until age 93. John lived a full life of love for family and friends, travel, books, art, music, and adventure. He was charismatic and loved making new friends. He loved to paint, especially watercolor, and started this hobby in the 1950's painting mountain scenes and seascapes. He enriched others' lives through his generous gifts of paintings to friends and family. John taught us to work hard, love life and make the most of each day. We will miss him and his love, but our hearts are full of the fond memories he gave us with a life well lived. It warms our hearts to know he is with his beloved wife again after all these years. John is survived by his three children, Donna Neupauer (Ron), Nancy Newcomb (Jeffrey), and David Hough (Lori); his loving grandchildren, Elizabeth Murray (Jim), Christopher Olsen (Lori), Andrew Newcomb (Raquelle), Nicole Hough, Kelli Hough and Matthew Hough; and three great granddaughters, Rhiannon and Fiona Murray and Seline Newcomb; and sisters Constance Houdashell, Janet Peduzzi, Sarah Gilman, Charlotte Stocek, and Mary Neal, and many nieces and nephews. Memorial service to be held Friday November 12th at 1 pm with visitation one hour prior at Normandale Lutheran Church 6100 Normandale Rd Edina, MN 55436. Service can be watched via live stream at www.normluth.org/livestream . In lieu of flowers, donations preferred to the University of Minnesota Arboretum, Normandale Center for Healing and Wholeness (in Edina, MN), or the American Heart Association. Arrangements by Washburn-McReavy - Edina Chapel

The family of John Warren Hough created this Life Tributes page to make it easy to share your memories.

Send flowers to the Hough family.