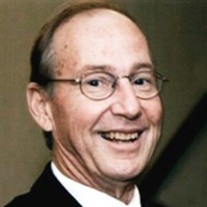 Heubach, John Gerrit, Jr. 73, of Crystal, Minnesota, left his earthly life behind on Friday, December 17th. He was born May 24, 1948, in Minneapolis. He was raised in Saint Louis Park and joined the U.S.Coast Guard upon graduation from high school. After his three years of service in the military, John returned home where he became an advocate for other fellow veterans. He assisted in the production of a film, "Agent Orange: A Story of Dignity and Doubt." He spoke before the U.S. Congress and was actively involved in the initial research on Agent Orange and its effect on service men and women. John received his BA from the U of M, class of 1975. Upon graduation, he continued his passion for veteran's affairs by working as a Counselor, Volunteer Coordinator, and Assistant Director for various statewide nonprofit organizations. In 1985, he married Tammy Ditch in Saint Paul. During their marriage, they resided in both Golden Valley and Crystal; and always looked forward to spending time at their home in Arizona. John worked at Federal Express for 26 years, before retiring in 2010. Throughout his life, John enjoyed some of life's simple blessings. Whether it was teaching his children how to fish; regularly attending the annual Back to the 50's Car Show; dressing up as a clown for family birthday parties; listening to classic 60's hits; or treasure hunting at garage sales. Long time member of Calvary Lutheran Church, John was a Prayer Warrior and especially loved outdoor services in the park during the warmer months. He was a do-it-yourself kind of person and initiated many improvement projects to make his house feel more like a home. John was well known for his big and empathetic heart; never hesitating to help a stranger or give without expecting anything in return. It was always clear that above all else, he enjoyed serving those in need and making memories with his family along his life's journey. Survivors include his wife, Tammy Heubach of Crystal; daughter, Meg Cole (Nicholas) of Saint Paul; son, Tyler Heubach of Indianapolis; daughter, Amanda Heubach of Saint Louis; grandchildren, Olivia and Amos Cole; siblings, Mary Senander (Alan) of Hot Springs Village AR; Peg Basson of Bothell WA; Chuck Heubach (Linda) of Pinopolis SC; Betsi Haack (Dennis) of Lakeville; Linda Kobow of Minnetonka; in-laws, Tom Ditch of New Hope; Teresa Hassemer of Saint Louis Park. Private interment Fort Snelling Cemetery. Service Wednesday 12/22 at 11:00am with visitation 1 hour prior with luncheon to follow at: Washburn-McReavy.com Glen Haven Chapel 763-533-8643 5125 West Broadway, Crystal

Heubach, John Gerrit, Jr. 73, of Crystal, Minnesota, left his earthly life behind on Friday, December 17th. He was born May 24, 1948, in Minneapolis. He was raised in Saint Louis Park and joined the U.S.Coast Guard upon graduation from high... View Obituary & Service Information

The family of John Gerrit Heubach, Jr. created this Life Tributes page to make it easy to share your memories.

Send flowers to the Heubach family.