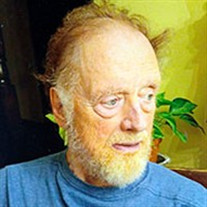 Cranbrook, John Michael 81, of New Hope passed away suddenly at home on May 4th, 2022. He is preceded in death by his parents, George James Cranbrook and Ruth Murray Cranbrook and brother, George James Cranbrook III. He is survived by his wife of nearly 61 years, Carole Johnson Cranbrook; children, Katheryn (Connie Meyer) Cranbrook and Michael (Neringa) Cranbrook; granddaughters, Erica Dudley, Dulce Cranbrook-Meyer and Laila Cranbrook; nephews, Chris Cranbrook, Kelly (Christina) Cranbrook and Cory (Shannon) Cranbrook; and many loved family members, in-laws and friends. John was born in Minneapolis on October 24th, 1940 and grew up in Excelsior. He graduated from Minnetonka High School in 1958 and served in the Army, stationed in Germany form 1961-1963. For 35 years, John worked at Honeywell, first as an electronics technician and later as a representative for the Union Local 1145. As a husband, father, grandfather, relative and friend, John was dedicated and loyal to his people. Over his lifetime, he gave of his time and energy in countless ways. He enjoyed coaching youth sports; supporting all the family interests, from bike and ski trips to caring for horses and other assorted pets; helping family and friends in need of a hand, or an ear; going to lunch with his Honeywell buddies; working out (and the hot tub) at the Y; and most of all, doting on his three beloved granddaughters. He put the needs and wants of others before his own and worked tirelessly to provide for everyone. He was a witty man with a keen ability to spot the humor in any situation. John was diagnosed with Alzheimer's Disease in 2021 and struggled over the last couple of years. Even during those difficult times, his sense of humor continued to peek out reminding us all of better days. We will remember John as a good man who brightened our lives with his humor and caring for other people. We will miss him every day until we join him in the great beyond. Interment Fort Snelling National Cemetery. A service of remembrance will be held on Saturday May 21st at 11:00am with visitation 1 hour prior at: Wasburn-McReavy.com Glen Haven Chapel 763-833-8643 5125 West Broadway, Crystal

The family of John Michael Cranbrook created this Life Tributes page to make it easy to share your memories.

Send flowers to the Cranbrook family.