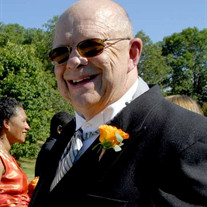 Our beloved husband, father, and grandfather, Jim Miles, passed away peacefully on Saturday, February 12, 2022 at the age of 80. A man who embraced and lived by the best aspects of our time, Jim will be most fondly remembered for his rich life filled with love, family, faith, and humor. James Lowell Miles was born on April 21, 1941 to Albert (Hub) and Nelda Miles in Sterling, Colorado. He was an adored only child. Jim went on to travel the world as he served in the Navy as a Radioman. There he became skilled in Morse Code. He was proud to have communicated with people all over the globe on his ham radio, and to have done this for years before anyone even thought of something called "the internet." He later lived in Greely, Colorado where he met the love of his life, Eileen. They met while she was on a ski vacation. They fell in love and were married in 1966. In 1968 Jim, Eileen, and their infant daughter moved to Elk River, Minnesota. Eventually putting down roots in Coon Rapids, Minnesota. Their home was filled with enormous love and pride for their five children, and abundant compassion and love for their many foster children. He was proud to have taught Business and Management classes at Anoka Ramsey Community College for 30 years. He was generous in sharing his wisdom with expertise and humor. A lifelong outdoorsman, Jim enjoyed being in nature. The family enjoyed many camping trips filled with laughter and shenanigans. Jim and Eileen would stare into the campfire and call it "watching Channel One." Jim and Eilleen also took annual fishing trips to Canada with Eileen's beloved sister, Jane, and her husband, John. He deeply valued his faith and his many friends. They came together as Jim was involved with the Solid Rock Singing Group at United Methodist Church. Jim especially enjoyed his time with his cherished Donut Guys. Family was Jim's foundation. He loved genealogy, digging into the past, and meeting relatives near and far. His pride in his family was second only to his love for his wife Eileen, who preceded him in death. He is survived by his loving children Kerry (Larry), Michelle (Jim), Troy (Laura), Cory, Kendra (Aaron), and Aaron. His seven grandchildren and their love for him and one another, enriched his later life beyond measure: Amos, Elijah, Kaylee, Sophia, Taylor, Dan (Dede), and Julia. Papa Jim will be greatly missed. James Miles memorial service will be held on Saturday, February 26 at 11:00 a.m. at Coon Rapids United Methodist Church 10506 Hanson Blvd NW in Coon Rapids, Minnesota. Family and friends are welcome to gather one hour before the service at the church.

Our beloved husband, father, and grandfather, Jim Miles, passed away peacefully on Saturday, February 12, 2022 at the age of 80. A man who embraced and lived by the best aspects of our time, Jim will be most fondly remembered for his rich life... View Obituary & Service Information

The family of James Lowell Miles created this Life Tributes page to make it easy to share your memories.

Send flowers to the Miles family.