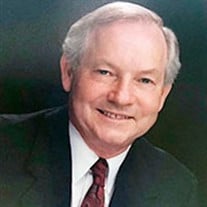 Dodge, Homer Bernard age 89, was born March 3rd, 1932, and passed away peacefully at home on September 24th, 2021 in Las Vegas, NV. Homer was born in Minneapolis, MN to Flora Dodge Scheibel. He was preceded in death by his beloved mother Flora, his brothers (Paul, Keith, Howard, Earl, Donovan and Everett Dodge), sisters (Maxine Ebent, Evelyn Laffen, and Faith Gaines) and his grandson Brandon Dodge. He is survived by his wife, Margaret "Margy" Dodge, his two sons, Jay Dodge and Jeff Dodge, his grandchildren (Lindsey Dodge (Nathan Habben), Jason Dodge, Chris Dodge (Mary), Sarah Blouin, Matt Dodge, and Andrew Dodge), his great-grandchildren (Sophie, Caleb and Noah), his good friend and business partner Fernando Gama (Margarita), many nieces, nephews, other family, and friends. Homer attended school in Buffalo Lake and was an avid athlete and participated in many activities, including school plays and chorus. He attended the University of MN Twin Cities and St. Cloud. He worked many different jobs, including vacuum salesman, bread deliveryman and insurance agent, before finding his career with T.G Evensen & Associates in 1957 - the nation's first independent financial consulting firm. Homer, known as "Bernie" at the office, worked his way up through various departments becoming the company president in 1967. He acquired the business from Northwest Bank in 1975 and renamed it Evensen Dodge, Inc. Under his leadership, the business expanded nationally - they opened 16 regional offices and advised in at least 44 states. In 2002, the domestic part of the business was sold, and he and Fernando went into business internationally. Evensen Dodge International, Inc. has conducted business in over 35 countries and helped secure financing for public infrastructure projects among other achievements. The financial vehicles that "Bernie" developed were visionary and are widely used in the industry today. During their almost 70 years of marriage, Homer and Margy lived in Minneapolis, Redwood Falls, Golden Valley, and Edina for a combined 65 years and the last 4 in Las Vegas. He enjoyed golf, travel and watching football. He always had stories to tell. Homer worked hard to provide for his family and accomplished much because of this drive. He loved spending time with family, especially his grandchildren and great-grandchildren. They, along with Margy, were the joy of his life. Celebration of Life will be held at Washburn-McReavy Edina Chapel on October 23rd at 11am, visitation will start one hour prior at 10am. In lieu of flowers, the family asks that donations be made in honor of Homer Dodge, to Children's Minnesota (Hospital) online at childrensmn.org or by calling 952-992-5500, or that they choose an organization close to their hearts. Washburn-McReavy.com Edina Chapel 952-920-3996 West 50th St. & Hwy 100

Dodge, Homer Bernard age 89, was born March 3rd, 1932, and passed away peacefully at home on September 24th, 2021 in Las Vegas, NV. Homer was born in Minneapolis, MN to Flora Dodge Scheibel. He was preceded in death by his beloved mother Flora,... View Obituary & Service Information

The family of Homer Bernard Dodge created this Life Tributes page to make it easy to share your memories.

Send flowers to the Dodge family.