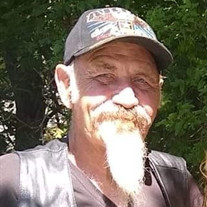 Henry Alan (Hank) Pieper was born December 22, 1955 to Charles and Audrey (Rowe) Pieper in Colorado Springs, CO. He had a very deep Faith for Our Lord and Savior. He graduated from Jackson High School in Jackson, MN in 1974. After graduating,... View Obituary & Service Information

The family of Henry Alan Pieper created this Life Tributes page to make it easy to share your memories.

Send flowers to the Pieper family.