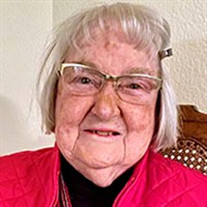 Hoyt, Helen K. 93, of Edina, died Tuesday, February 15, 2022. A memorial service will be held at 11 a.m. on Saturday, March 19, at St. Stephen's Episcopal Church in Edina, with visitation at the church beginning at 10 a.m. Survivors include three children, Thomas (Jeanne) Hoyt of Overland Park, Kansas; Sally Amundson of Minnetonka; and Steve (Sandra) Hoyt of Minneapolis. She is also survived by five grandchildren and seven great grandchildren. Helen was preceded in death by her husband, C. Sherman Hoyt, MD; her parents, George and Clara Korbel; and two brothers, Leonard and Clarence Korbel. Helen was born on August 11, 1928, in Lidgerwood, North Dakota. The family moved to Hopkins, Minne-sota, during the Great Depression. After high school, Helen worked for a local dentist in Hopkins. She and Sherman married on March 22, 1952, in the midst of a major snowstorm. Sherman's service in the Air Force took the couple from Valley Forge, Pennsylvania, to Sacramento, California. They eventually landed back in Minnesota and lived in Roseville, Rochester, and Edina. Helen was a doting wife, mother, grandmother, and great grandmother who relished time with her family. She was an active volunteer at Camp Courage, Kate Dunwoody Hall, and Loaves & Fishes and an active member at St. Stephens. She loved hosting dinner parties and entertaining, tracking guests and menus in a spiral notebook to avoid repetition. Helen and Sherman traveled the globe, from Greece to Australia to Great Britain and beyond. They spent many summer weekends at their cabin on Fish Lake and many winters in Palm Desert, California, socializing with longtime friends from Minnesota. The family would like to thank the staff at the Waters of Edina, where Helen lived for the past 8 years, for their compassion and care. In lieu of flowers, memorials preferred to St. Stephen's Episcopal Church. Washburn-McReavy.com Edina Chapel 952-920-3996

Hoyt, Helen K. 93, of Edina, died Tuesday, February 15, 2022. A memorial service will be held at 11 a.m. on Saturday, March 19, at St. Stephen's Episcopal Church in Edina, with visitation at the church beginning at 10 a.m. Survivors include... View Obituary & Service Information

The family of Helen Korbel Hoyt created this Life Tributes page to make it easy to share your memories.

Send flowers to the Hoyt family.