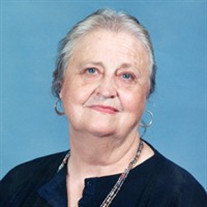 Glaman (Vanderwal), Gertrude Mary On December 6, 2021, the world finally let go of our fiercely talented mother, Trudy Glaman. Born in July, 1925 in Independence, Iowa as the first child of Ray Adrian & Gertrude Van Houweling Vanderwal, Trudy forged a path that was unusual for its time, never easy, but always characterized by a love of learning. Trudy grew up in the Dutch Reformed community of central Iowa. In 1943 she graduated as valedictorian of her class at Central College in Pella, Iowa and went on to obtain her Masters in Chemistry at the University of Minnesota. She taught chemistry at Carleton College and then joined Archer Daniels as a research chemist. Throughout her life, Trudy was a proud scientist by nature, training and inclination. Growing up during the Depression and coming of age during World War II, Trudy became an accomplished seamstress, imagining and creating the kinds of clothes that it was not possible for her to buy. One evening, wearing her full-skirted shirtwaist dress fashioned by piecing together delicately colored surplus silk aviation maps, Trudy captivated the interest of a young banker, Charles Glaman. Trudy and Charlie married and bought a home on then-Lake Calhoun in Minneapolis where they raised a family, and where Trudy continued to live for more than 50 years. Charlie and Trudy shared a love of travel, including camping trips across America, and international travel to Europe, Britain, Mexico, and Haiti, among other places. Trudy's partnership with Charlie was characterized by deep mutual loyalty and support, only ending in his unexpected death in 1984. During her children's early years, Trudy sewed all of their clothes, was active in community and schools, and regularly pursued new areas of interest. She learned about antiques, teaching her children and their friends how to refinish and cane furniture. She gardened, planting wildflowers and wrestling a raspberry patch out of the glacial moraine soil in the backyard. Neighbors and her children's friends knew they were always welcome to come over and help themselves to a cup of tea and conversation. In the late 1960's, Trudy became aware that her left- handedness and poor handwriting shared genetic characteristics with dyslexia. Driven to better understand and help, she resumed her education at the University of Minnesota, obtaining her PhD, and testing, tutoring, writing and working in the developing field of Special Education. After Charlie's death, Trudy was active in taking and teaching adult education classes, volunteering with United Way and various community boards and organizations, and continuing to travel. She was a canny buy and hold investor, who would suggest to her children not only what stocks to buy, but also when to sell. And she adored her grandchildren. In 2009, with a diagnosis of frontal lobe dementia, Trudy went to live at Jones-Harrison, her final home which she loved, and where she continued for many years to display her characteristic vitality and warmth. From the bottom of our hearts, we thank the many Jones- Harrison staff over the years who have loved and cared for our mother. Trudy is survived by her son, Charles Glaman and his wife Catherine of Salisbury, Maryland; her daughter Martha Brown of Albuquerque; her daughter Mary Blesi and husband, Randy of Minneapolis; her daughter Elizabeth Reed and husband, Delbert of St. Paul, and grandchildren Elizabeth Brown and husband Francesco Zuffi of Catonsville, Maryland, Andrew Brown of Chicago, Alice Blesi of Minneapolis and Kathryn Blesi of Minneapolis. Our mother had high expectations of us, to be honest, to excel at our study and our chosen work, to read widely. She taught us to be curious, and demonstrated how to withstand and thrive despite life's changes. She took pride in our successes and she was there to help us when we failed. Never easy but always original, may our mother rest in peace. Memorials preferred to Jones-Harrison Residence and TRUST. Memorial Service December 14, 2021 at 2 p.m. with visitation one hour prior at Bethlehem Lutheran Church, 4100 Lyndale Ave S. Minneapolis. Funeral Service will be livestreamed: blctcmn.co/stream Washburn-McReavy.com Edina Chapel 952-920-3996

The family of Gertrude Mary Glaman created this Life Tributes page to make it easy to share your memories.

Send flowers to the Glaman family.