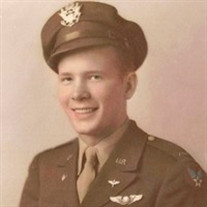 Dahl, George Hartvig George Hartvig Dahl. Born at home in Minneapolis on June 25, 1925, died in Missoula, Montana on February 8, 2022. Survived by son, David (Eileen); daughter Nancy Andrews (William); grandchildren Elizabeth Joiner (David), Matthew and Mary Beth Dahl; great-granddaughters, Emma and Hailey Joiner. Preceded in death by wife of 67 years, Beverly; parents, George and Emma Dahl; brothers, Arvid Oliver and Alf Irving. George attended Jackson and Clay schools in Minneapolis, grades K-9. He graduated from Minneapolis South High School. George served in the Army Air Force 1943-1945. He graduated from Augsburg College and earned a Master's Degree from Indiana University. George married Beverly Rose Olson in 1950. They first resided in New Ulm, Minnesota, where George taught Junior High School math. In 1955, the family moved to Minneapolis where George taught math at Bryant Junior High School. He became assistant principal at Bryant Junior High School and Southwest High School before serving as principal at Jefferson Junior High School, Southwest High School, and South High School. He was a cofounder of the South High School Foundation and elected to the South High School Hall of Fame. After retirement from the Minneapolis Public Schools, he worked as head of Human Resources for Precision Instruments. George was a devoted public servant. He was elected to the Minneapolis School Board and served four years, two years as chairperson. When thinking about schools, he always asked, "What is good for the kids?" He served on the Board of many community organizations including the Walker Art Center, Minneapolis Institute of Arts, Children's Theatre Company, Minneapolis Public Library, and Pillsbury House. Faith and church were important to George. He was baptized at Chippewa Falls Lutheran Church in Terrace, MN. He grew up and was confirmed at Riverside Presbyterian Church. George taught Sunday School at Riverside Presbyterian and Mayflower Church. He married Beverly at Elim Covenant Church in Minneapolis. He was a 66-year member of Mayflower Church. He served a term as moderator of the congregation. George made a personal connection with many people as he remembered their name and the high school they attended. Always kind, he counseled, "You can only say nice things" when speaking of others. He enjoyed family, friends, and travel. An accomplished bridge player, he was an ACBL Life Master and played tournament bridge into his 90's. Well done, good and faithful servant. Memorial Service at Mayflower Church, 106 East Diamond Lake Road, Minneapolis, 55419, at 11:00 on Saturday, March 19. Visitation one hour prior to the service. Memorials preferred to the Mayflower Church Foundation or the George and Beverly Dahl Scholarship Fund, care of the South High School Foundation. washburn-mcreavy.com Edina Chapel 952-920-3996

The family of George Hartvig Dahl created this Life Tributes page to make it easy to share your memories.

Send flowers to the Dahl family.