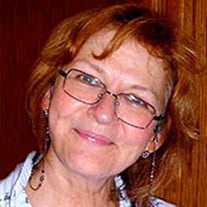 Poskozim, Elaine Milesko was born on March 17, 1943 in Cleveland and raised on the south side of Chicago, the third of seven siblings in a Catholic family wealthy in love. She was an accomplished student and artist at a young age and her faith shaped her and gave her great comfort through her life. Elaine was an English major and art minor at the U of Illinois, and an alto in the Newman Chapel Choir, where she met Michael Poskozim. They married in 1965 and sang and harmonized together in choirs during their 56 years of marriage, from Minnesota to North Carolina, Dublin and Wales. Elaine and Mike lived in Germany, then Italy, for five years. Their first two daughters were born there. Thirteen years later, Elaine convinced Mike to have another baby, telling him he could have the son he always wanted - resulting in their third daughter. Elaine thought that was a great outcome. Elaine got her Master's in Finance at the U of Minnesota, began her career in market research at Target and Dayton Hudson Corp, then became CFO of B. Dalton. She moved to banking at Norwest, then rose to CFO of a division of First Union in North Carolina, when few women held such positions. Elaine never let anyone tell her what she couldn't do, and took that as a challenge. She passed this quality to her daughters and grandchildren. Elaine was a great cook and gardener, a fantastic seamstress, an amazing knitter, and an accomplished sailor, sailing the Great Lakes, the intracoastal waterways, up and down the east coast, and to the Bahamas. Despite her many accomplishments, Elaine remained humble, and preferred above all to be in the company of family. Elaine taught us the importance of generosity and family. She was there when anyone needed help, never asking for anything. Elaine's love of family will live on in her husband, her daughters and grandchildren, and her siblings. Elaine was predeceased by her parents, Caesar Milesko and Antoinette Rusin Milesko. She is survived by her husband Michael Poskozim, daughters Patricia (Chad) Stevenson, Margaret (Chris) Hedlund, Annie (Joseph) Nienaber, grandchildren Megan Dietrich, Holly, Lars, and Bret Stevenson, Sam and Ellie Hedlund and Grace Nienaber, her sisters Barbara Hicks, Diana Milesko-Pytel, Florence Graham, and Hedy Duggan, and brothers Glen and Irwin Milesko. Visitation will be Tuesday, Oct. 26, 4-7pm at Washburn McReavy, 7625 Mitchell Road, Eden Prairie, 55344. Funeral services will be held Wednesday Oct. 27th, 10:30am at Pax Christi church, 12100 Pioneer Trail, Eden Prairie 55347. Donations in Elaine's memory can be directed to her favorite charity, Juvenile Diabetes Research Foundation (JDRF).

Poskozim, Elaine Milesko was born on March 17, 1943 in Cleveland and raised on the south side of Chicago, the third of seven siblings in a Catholic family wealthy in love. She was an accomplished student and artist at a young age and her faith... View Obituary & Service Information

The family of Elaine Marie Poskozim created this Life Tributes page to make it easy to share your memories.

Send flowers to the Poskozim family.