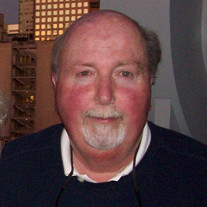 Edward J. Anthony was born in Waukegan, IL on August 27, 1942. He was a Graduate of Bethel University and received a Masters of Education degree from Bemidji State University. Always actively learning, his post grad studies included time with Robert Shaw, Charles Hirt, Paul Christiansen, and John Nelson. He was one of the first national music educators to attend Julliard's Aspen Music Festival. Beginning in 1965 he shared his gift of music throughout Minnesota as the Director of Choral Music at Gilbert High School, Centennial High School, and then finished his teaching career with 28 years of music leadership at Park Center High School directing choirs, small groups and numerous musicals. His choirs were selected to perform at Disneyland, Disney World, the Air Force Academy Chapel, Annapolis Academy Chapel, Lincoln Memorial, and the John F. Kennedy Arts Center. Ed also had a passion for the local church and served as Minister of Music in many Twin City churches including Bethlehem Baptist Church (Downtown Minneapolis), and Redeemer Covenant Church (Brooklyn Park). When not in the church or at school, he was an "american picker" before it was in vogue. He enjoyed spending his free time scouring garage sales and auctions in Minnesota and Florida finding hidden treasures. He was well loved by the "picker" community and enjoyed bringing a smile to strangers. Ed loved the outdoors, especially fishing and touring around Lake Minnetonka on their pontoon boat. He cherished time with his grandchildren on the boat exploring, fishing, laughing, and simply enjoying God's creation. He was affectionately known as Papa Fish. He will be missed by many. What we will miss most are his jokes, laughter, kind words of encouragement, piano ramblings, and witnessing his strong faith in Jesus Christ. Ed is survived by his loving wife of 58 years, Patricia Anthony; Children: Brad (Chris), Barry (Barbara), Amy (Derek) Anderson; and Grandchildren: Shelby, Nathan, Noah, Matthew, Sophie, Isaac, and Caeden. In lieu of flowers or gifts, please make a donation to Samaritans Purse, a division of the Billy Graham Association, to which Ed was a regular supporter. Livestream available - follow this link: wooddale.org/events

Edward J. Anthony was born in Waukegan, IL on August 27, 1942. He was a Graduate of Bethel University and received a Masters of Education degree from Bemidji State University. Always actively learning, his post grad studies included time with... View Obituary & Service Information

The family of Edward Jerome Anthony created this Life Tributes page to make it easy to share your memories.

Send flowers to the Anthony family.