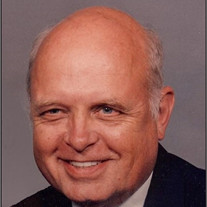 E. William (Bill) DeLaittre Age 84. Bill passed away at home on Sunday, November 7th with his wife at this side. He had been in declining health but was always in good spirits. He is preceded in death by his parents Earle W. and Irene (Mattson) DeLaittre and his stepmother Margot (Humphries) DeLaittre. He is survived by his loving wife of 58 years, Pamela (Shepherd) DeLaittre. Bill was born in Columbus, OH, in 1937. The family moved to Minneapolis in 1940. He attended several primary schools and graduated from St. Louis Park High School in 1955. He met his wife, Pamela, on her first day of "Welcome Week" at the U of MN while he was playing the piano in Coffman Union. They were married in 1963 and have been enjoying a loving life ever since. Bill was a man of many gifts. He studied aeronautical engineering at the U, loved flying and was an accomplished pilot. As a concert level pianist he brought music into so many gatherings and composed as well as played. He had an eye for composition and was an avid photographer. Writing was another of his talents and, although he never published, he wrote two books and many stories and articles. One of his joys was the discussions with other writers at Writers Unlimited. During his time in the military he was trained by the Navy and Marines while in Naval ROTC at the U and, after being drafted, by the Army. After studying Russian at the Army Language School in Monterey, CA, he received his commission at the Officer Candidate School in Fort Benning, GA and was subsequently stationed in Germany. His time in Luebeck, Germany led to a lifelong association was other men and their wives who had been stationed there. The "Luebeckers" met every two years to catch up and share stories. His final assignment before he left active duty was in Washington, DC working on top secret aeronautical projects. Bill and Pam returned to Minneapolis in 1970 where he managed Spare Time Products and DeLaittre Photography until he retired. Bill was a kind man with a great sense of humor. His smile, his stories, his love of people, especially children (and animals) are the things that most people speak about when they remember Bill. He will be sorely missed by his wife, family and friends. A memorial service will be held at Edina Morningside Community Church (UCC), 4201 Morningside Rd, Edina, MN 55416 (952-926-6555) on Saturday, November 20, 2021. Visitation at the church from 10:00 - 11:00 AM. Service at 11:00 AM followed by a luncheon with limited seating in Fellowship Hall. Masks are required. Memorials are preferred to the church or your favorite charity. There will be a private burial at Fort Snelling National Cemetery. WWW.Washburn-McReavy.com Werness Bros. Chapel 952-884-8145

E. William (Bill) DeLaittre Age 84. Bill passed away at home on Sunday, November 7th with his wife at this side. He had been in declining health but was always in good spirits. He is preceded in death by his parents Earle W. and Irene... View Obituary & Service Information

The family of E. William DeLaittre created this Life Tributes page to make it easy to share your memories.

Send flowers to the DeLaittre family.