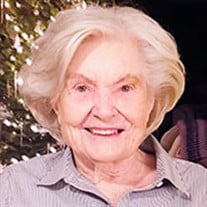 Dalquist, Dorothy Staugaard Dorothy (Dotty) was born on December 22, 1925 to John and Laura Staugaard, who were Danish immigrants. Her mother died when she was three so she was raised by her loving father and older siblings. Her family moved from Sioux City, IA to Glendale, CA. During her college years Dorothy went to Chicago with a girlfriend to work as an assistant to a group of engineers building aircraft for WWII. On a visit to the Chicago Art Institute, Dorothy met a young sailor named Dave Dalquist. They married on April 7, 1945, shortly before he was deployed to the Pacific on a Navy destroyer. Their first child, Corrine, was born only days after he returned from the war. The young family moved to Dave's hometown of Minneapolis. With support from his parents and other family members, Dave and Dotty co-founded a business in St Louis Park which would become Nordic Ware®. With little money and lots of hard work they developed a line of ethnic baking pans and in 1950 they designed and introduced the now famous Bundt® pan. Dorothy worked alongside her husband while raising their four children. She was a talented gourmet cook, masterful hostess for family and business guests alike, and authored numerous cookbooks. Her creative and culinary skills were instrumental in new product development and she was involved in baking, testing, photography, writing recipes, and interfacing with food editors, customers and consumers. She was a Charter Member and founding Board Member of Normandale Lutheran Church, President of the Norwegian American Chamber of Commerce, Board Member and Program Chair of the Edina Women's Club, Bethesda Hospital Board Member, HealthEast Foundation Board Member, Madeline Island Music Camp Board Member, a Girl Scout Leader for her three daughters and Co-Founder/Chairman of the Board of Nordic Ware®. She and her husband enjoyed dancing and bridge, and they were avid boaters on Lake Superior with their family for 45 years. In 2006 Dorothy appeared on the Martha Stewart Show in NYC to demonstrate how to bake a Bundt® cake. In 2007 the Smithsonian created an exhibit on American Food History and Nordic Ware's entrepreneurship story and products remain part of this. In 2015 Dorothy was inducted into the Scandinavian-American Hall of Fame and into the Minnesota Women Business Owners' Hall of Fame. Dorothy is predeceased by her husband, H. David Dalquist and by grandchildren Jonathan Jeffrey and Michelle Dalquist. She is survived and remembered with great love by children Corrine Lynch (Michael), David Dalquist (Martha), Linda Jeffrey (Glenn), Susan Brust (Thomas), and by grandchildren Chris Lynch, Kim Harris, Andrew Lynch, Nicholas Lynch, Jennifer Dalquist, Erika Vickerman, Justin Jeffrey, Kelsie Schmit, Erik Brust and Kristina Brust. She'll also be greatly missed by fourteen great- grandchildren. Dorothy lived a long and extraordinary life. Memorials are preferred to Normandale Lutheran Church, where her memorial service will be held at 1:00 pm on October 4, 2021. Due to Covid-19 masks are required during the service. The internment following the service will be private. Washburn-McReavy.com Edina Chapel 952-920-3996

Dalquist, Dorothy Staugaard Dorothy (Dotty) was born on December 22, 1925 to John and Laura Staugaard, who were Danish immigrants. Her mother died when she was three so she was raised by her loving father and older siblings. Her family moved... View Obituary & Service Information

The family of Dorothy Margerite Dalquist created this Life Tributes page to make it easy to share your memories.

Send flowers to the Dalquist family.