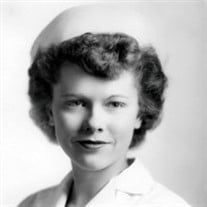 Behr, Doris Arlene (Christenson) Doris Arlene (Christenson) Behr died peacefully on September 18, 2021, at The Farmstead in Andover, MN. She was preceded in death by her husband, Calvin E. Behr; her parents, Alfred and Emma Christenson; two sisters, Eleanor (Christenson) Kline and Jean (Christenson) Sverdrup; and one brother, Allard Christenson. She is survived by her sons, Jeffrey (Lilja) Behr, Bradley (Debra) Behr, and Denny Behr; seven grandchildren: Andy, Martha, Katy, Calvin, Margaret, Liz and Alex; five great-grandchildren: Nora, Kiley, Nolan, Charlie and Violet; a cousin who has been like a sister to Doris, Mary (Maynard) Wood; a sister-in-law, Peggy Christenson; and many dear family members and friends. Doris was born on a farm in rural Paynesville, Minnesota, on January 2, 1925. She walked a mile across the fields to attend a two-room school, District #24. In the 9th grade, she entered Paynesville High School. Following her graduation, Doris enrolled in Swedish Hospital's School of Nursing in Minneapolis, with a scholarship from the U.S. Cadet Nurse Corps. By the time she received her Registered Nurse (RN) degree in 1946, WWII was over, the need for army nurses had decreased significantly, and the army released Doris from her service obligation. She continued to work at Swedish Hospital until she married her high school sweetheart, Cal Behr, in October, 1947. They lived in Minneapolis, Albert Lea, and Anoka, and became the proud parents of their own "My Three Sons." While working part time throughout her life, Doris still managed to keep her home spotless. She baked the best pies and cookies, volunteered at her church, Meals on Wheels and at Mercy Hospital, and enjoyed reading, gardening, traveling and doing counted cross stitch. She was proud of her Norwegian heritage, and her speech was gently graced by her trilled "r's." Doris loved to meet new people, and they were drawn to her warm smile and genuine interest in them. After 96 years on this earth, she leaves behind family and friends who know how much they were blessed by Doris' kindness, generosity, patience, and quiet wisdom. A family memorial service will be held soon. If you wish to make a donation in honor of Doris' life, the family invites you to pick from one of the following sites, or another of your choice: the Anoka County Rum River Library (a place Doris visited every week); The Farmstead in Andover (a part of a Presbyterian Homes and Services and the place where Doris lived and received loving care for over 10 years); or nursing scholarships at Central Lakes College in Brainerd, MN, (a school that her granddaughter, also an RN, attended.)

The family of Doris Arlene Behr created this Life Tributes page to make it easy to share your memories.

Send flowers to the Behr family.