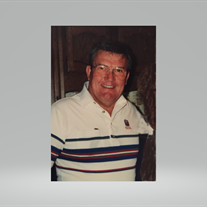 Derwin (Dick) Junior Neerhof Dick Neerhof, age 92, of Port Washington was called to his heavenly home October 1, 2021 with family by his side. He was happily reunited with his sweetheart, Mary, for their heavenly dance together. Dick Neerhof was born April 12, 1929 in Sheboygan, Wisconsin, the son of Derwin and Ida Neerhof of Cedar Grove, Wisconsin. After losing Ida to tuberculosis in 1931 Derwin married Mabel (Wynveen) Neerhof in 1934 who became a devoted mother to "Junior." Derwin and Mabel added to the family when Ruth became a little sister to Junior in 1936. Dick grew up in Cedar Grove and was always a key support to his father on the farm. He also loved to go fishing in the Onion River which ran along the edge of the farm. After graduating in 1947 from Cedar Grove High School he began his working career before he and several of his local buddies enlisted in the army in 1948 where he proudly served until 1951. His training as a medical technician was extremely valuable during his assignment in Korea. After his honorable discharge from the army and his return home from Korea it was a short two days before he was introduced to his future bride, Mary Ansay. Dick and Mary were introduced by mutual friends that set up a blind date because they knew this was a perfect match. Their first date was at the American Legion in Port where they doubled with the couple that arranged the introduction. The night was perfect until Dick leaned over to kiss Mary while driving through Port resulting in a trip to the hospital for the crew of four. Despite the accident the love birds remained devoted to each other. On June 16, 1956, Dick married the love of his life, Mary Ansay at St. Mary's Church in Port Washington. Their married life together began on North Powers Street in Port where they also started their family while designing and then building their home at 424 West Oakland Avenue. In the spring of 1960 they moved into their dream home where they lived for 58 years until moving to Lincoln Village in June of 2018 and subsequently in August of 2020 to Chaska MN to be closer to family that had relocated to MN. They loved their home and the wonderful view of Oakland Green Park. The family dedicated a bench in the park so that others can share their passion for the park. Please visit if you can. Both Dick and Mary loved their life in Port Washington including a very active social schedule. They enjoyed their many fun friends and especially found pleasure in dancing and music. Dick's smooth style inspired a grand compliment from a member of one of their favorite bands when he commented on Dick's light feet and said, "smoothest dude on the dance floor." Dance club, supper club, Sheepshead card club and Friday night fish fry events were a staple in their social calendar. Dick started his working life in Cedar Grove at a local foundry before he joined the army. After returning from Korea he worked for Simplicity in Port before he decided to embrace his entrepreneurial spirit and run his own business when he became Port Washington's favorite milkman as the owner/operator of People's Dairy. After 12 years of serving the community with home delivery services he sold the company to pursue other interests which included a short partnership in a dry cleaning business in downtown Port. He then combined his love of people and passion for food when he joined Mueller Food Company. After over 20 years with Mueller/Kraft he retired at the age of 62. But wait, there's more! His love of golf took him to Hawthorne Hills and he was asked to join the team. Dick was amazed when he celebrated 20 years at the golf course. He never expected to enjoy a career after a career. But being at the golf course was never really work for him. Dick and Mary lived a truly charmed life in Port Washington. Family and friends were the top priority in their life. Dick loved singing with his friends in the barbershop group and he enjoyed a long time bond with his Tuesday night poker buddies which lasted for 56 years when he handed the lead to others in the group which continues to get together regularly. Dick is a man of strong faith and a long time active member of St. Mary's Parish (St. John XXIII) where he contributed in numerous ways to support parish functions. He is survived by his two children Paul (Conni) Neerhof of Salem, SC, Julie Delene (Jerry Sykora) of Eden Prairie, MN; 3 grandchildren, Stephanie (Josh) Ortmeier, Ashley (Chase) Hassold, Nick Neerhof and 4 great-grandchildren Aidan Ortmeier, Maximilian Ortmeier, Addison Ortmeier and Charlie Hassold. Dick is further survived by his sister in law, Pearl (Bob) Houston, brother in law Ron Mentink as well an abundance of nieces, nephews, other relatives and many friends. He is preceded in death by his wife Mary, his infant granddaughter Mary McCoy, his parents and five siblings including Harvey (the late Elaine) Ansay, Donald (the late Eleanore) Ansay, Marcella (the late Donald) Wittkopp and Delores (the late Henry) Kowalski, Loretta (the late Jim) Croatt. A private celebration of life will be held in MN with immediate family and a larger celebration is being planned in Port Washington in spring of 2022. Interment will be at a Neerhof family site at Union Cemetery, in the Town of Holland, WI. Memorials are suggested to St. John's Parish or the Port Washington Food Pantry. www.washburn-mcreavy.com Edina Chapel 952-920-3996

Derwin (Dick) Junior Neerhof Dick Neerhof, age 92, of Port Washington was called to his heavenly home October 1, 2021 with family by his side. He was happily reunited with his sweetheart, Mary, for their heavenly dance together. Dick... View Obituary & Service Information

The family of Derwin Junior Neerhof created this Life Tributes page to make it easy to share your memories.

Send flowers to the Neerhof family.