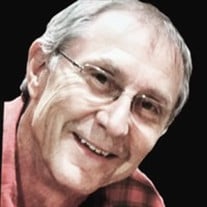 DEREK DAN McKAY Derek was born February 12, 1949 to Tom McKay, Sr. and Jean Tarbell. He is survived by his wife, Maggie (Baltus) and his sister, Nadine McNeill. He is preceded in death by his parents, his brother, Tom and his sister, Diane. Derek was an active member of the IBEW Local 292 Minneapolis Electrician's Union. He loved working with the Brotherhood and being there when asked or needed. Derek converted to Catholicism, after many years of attending Mass with Maggie. He chose St. Anthony of Padua as his Patron Saint. He enjoyed going to Mass and used the teachings to better his life. He was always seeking to become a better person in every aspect of his life. Derek had varied interests and became quite accomplished in several. He loved boats, water and snow skiing, scuba diving, kayaking, golfing, machinery of any size (the bigger the better) and most new challenges. Derek was very visual and often noticed unusual beauty of God's creations. He loved flowers and was in awe at their amazing intricacies. Derek had a wonderful sense of humor and his own manner of expressing thoughts that made people smile. He had a remarkable sense of adventure and curiosity. Maggie and Derek were married April 5, 1992 in Minneapolis, MN. Disheartened by a cold MN summer, they left in a rectified motorhome and sought out to find a more suitable climate to call home. They spent the next year on this adventure and stopped in Nokomis, Florida, weary yet warm. They ended up settling in what was then a little fishing village and continued to live in Nokomis for 28 years, making many friends and second families. After retirement they came back to Minneapolis for the summer and fall and enjoyed both homes. Until we meet again, we will miss you, Derek! Mass of Christian Burial will be Thursday, May 5th, 2022, at 2:00 PM @ St. Hubert's Catholic Church, 8201 Main Street, Chanhassen, MN with visitation 1 hour prior to Mass @ church.

DEREK DAN McKAY Derek was born February 12, 1949 to Tom McKay, Sr. and Jean Tarbell. He is survived by his wife, Maggie (Baltus) and his sister, Nadine McNeill. He is preceded in death by his parents, his brother, Tom and his sister, Diane.... View Obituary & Service Information

The family of Derek Dan McKay created this Life Tributes page to make it easy to share your memories.

Send flowers to the McKay family.