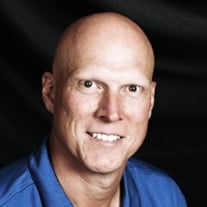 Rowekamp, David Joseph Age 58, of Eden Prairie, Minnesota, Dave passed away surrounded by family on February 27, 2022 from Alzheimer's Disease. Dave was preceded in death by his parents, Gene and Dorothy, his first wife Jody, and his brother Mike. He is survived by his siblings: Mike's wife Terese, Greg (Cheri) Rowekamp, Paul (Kim) Rowekamp, Kevin (Julie) Rowekamp, and Kim (Jim) Seitz, his wife Linda, and his 6 children, Taylor, Meg, Lizzy, Ryan, Erik, and Anthony. Dave grew up in Rochester, MN playing sports, hanging out with friends and siblings, and sometimes causing trouble with a combination of those two. He was always the life of the party and people would gravitate towards him for a good laugh. He attended high school at Rochester Lourdes and spent most of his time at Cooke Park playing Jack Ball with his friends (he was a founding member of the Cooke Park Jack Ball Association, JBA) or golfing 36 holes by noon at Soldiers Field. Within the JBA brotherhood, Dave was known for his prodigious blasts and tennis court shots, which have grown to legendary status. During high school he worked many jobs, including delivering prescription drugs for a local drug store, dishwashing at Assisi Heights, and caddying for the Rochester Country Club. Dave was also an incredible musician. He played guitar in his band, Kamarya, taught guitar lessons, and performed with the Lourdes Hi-Lighters. After graduation, Dave spent one year attending Rochester Community College before finishing his Bachelor's degree and eventually receiving a MBA at the University of St. Thomas in St. Paul, MN. While at St. Thomas, Dave's love of sports continued as he played on many slow pitch softball teams with his buddies and played intramural flag football. As an avid sports fan, he spent most of his nights watching the Twins or North Stars with his roommates. After graduating from college, Dave accepted an Accounting position at Valspar where he would meet an intern, Jody Edwards, who within a couple years would become his wife. They lived together in Eden Prairie, MN where they started their family, first with their daughter, Taylor, and four years later, their son Ryan. Dave would eventually accept a position at Lifetouch Inc, where he spent the next 21 years. He made many friends and spent time playing golf, poker, and billiards with his coworkers and vendors. Despite all the fun he had, he still worked hard and when Lifetouch asked him to move his family to Virginia to help the company, he agreed and built a house in Chesapeake. In Virginia he loved to attend Minor League Baseball games, fish for Chesapeake blue crabs, and host backyard barbecues and pool parties with neighbors. After two years, Dave decided to move back to Minnesota, settling in Victoria to be closer to family as Jody's breast cancer progressed. After Jody passed away in 2006, Dave continued to care for his children while working full-time. Time passed and Dave found himself on a phone call with Linda Crosby because Taylor had ordered a sizable amount of Girl Scout Cookies from her friend, Meg. That call would lead to dating, which turned into family get-togethers, eventually leading to marriage in 2009. Dave's family of three turned into a family of eight. Dave loved each of his six children as his own and encouraged their hobbies and passions from sports to music to theater. As Dave's Alzheimer's progressed he spent his time volunteering at St. Andrew's Lutheran Church, attending his children's events, meeting up with good friends at Caribou Coffee, and hanging out with the neighbors and their kids. Dave was happiest surrounded by family and friends, vacationing in the summer at the cabins, or playing his guitar. We miss him dearly and will forever remember his smiling face. A celebration of life service will be held at St. Andrew Lutheran Church in Eden Prairie, MN on 3/18/22. 11:00am service with visitation 1 hour before. For those that are unable to attend in person, the service will be live streamed. Click on the following link: https://www.youtube.com/watch?v=SpoD89hxDzI In lieu of flowers, the family has requested donations be made to The Walk to End Alzheimer's, Team Rowekamp. Link here: http://act.alz.org/goto/DJRowekamp

Rowekamp, David Joseph Age 58, of Eden Prairie, Minnesota, Dave passed away surrounded by family on February 27, 2022 from Alzheimer's Disease. Dave was preceded in death by his parents, Gene and Dorothy, his first wife Jody, and his brother... View Obituary & Service Information

The family of Dave Rowekamp created this Life Tributes page to make it easy to share your memories.

Send flowers to the Rowekamp family.