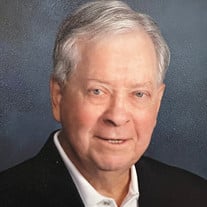 Raab, David E MD David Raab, age 91, of Edina, died peacefully on April 27, 2022. Born November 9, 1930, in Kansas City, MO, he was the youngest son of Dr. F. Henry Raab and Burree (nee McConahy). He was preceded in death by his parents; brother, Frank Henry Raab, Jr. and sister, Bette Jean McKee Eggert. An Eagle Scout, just like his brother, he graduated from Shawnee Mission High School in 1948. He was in the University of Kansas Class of 1952, and received his M.D. from the University of Kansas Medical School in 1955. He was a member of the Phi Beta Kappa and Alpha Omega Alpha honor fraternities. He served as Lt. Sr. Grade in the U.S. Naval Reserve Medical Corps from 1957-1964. He promised his Texas-born bride in 1955 that they would live in Minnesota for only one year while he completed his residency at the University of Minnesota. They have been Minnesota residents ever since. Before he retired, Dr. Raab was active in the Minnesota Surgical Society, as president, program chairman and presenter. He served on the Minnesota Heart Association board of directors and was an active member of the Society of Thoracic Surgeons and the Minnesota Medical Association. He was chief of cardiothoracic surgery at Mount Sinai Hospital and served as surgeon and chief of the cardiovascular and thoracic department at Methodist Hospital. Dr. Raab was a fellow in the American Colleges of Surgeons, Cardiology, Chest Physicians and Angiology. He loved golf, enjoying the game year-round in California and Minnesota, and occasionally in Hawaii. He is survived by his wife of 68 years, Peggy (nee Swaim); son Frank Raab; daughter Diane (Pete) Shifflett; and numerous nieces and nephews. Memorial service at Meetinghouse Church (formerly the Colonial Church of Edina) Thursday, May 5 at 1:30 p.m. Private burial at Lakewood Cemetery. Memorials are preferred to the donor's favorite charity.

The family of David Ernest Raab created this Life Tributes page to make it easy to share your memories.

Send flowers to the Raab family.