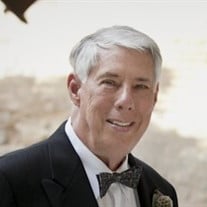 DAVID JACOB HUIBREGTSE With heavy hearts we share the passing of beloved husband and father David J. Huibregtse. Born in Plymouth, WI on June 27th, 1936. Dave struggled with Parkinson's for many years and was peacefully called from his home by his Lord & Savior on October 5th, 2021. Preceded in death by parents Harold & Helen (Lorenz) Huibregtse and Grandsons Dylan, Matthew, William and Bennett. Survived by beloved wife Lucia (Stauber) and best friend of 61 years, children Hope Ernst (Don) of Puyallup, WA, Paul (Sue) of Maple Grove, MN, Greg (Grace) of Minneapolis, MN, Eric (Yvette) of Victoria, MN, Dean (Kristin) of Pittsburgh, PA and Mark of Hopkins, MN. Survived by 15 awesome grandchildren Nick, Nathan, Nolan, Kelly, Patrick, Colleen, Sarah, Melanie, Jacob, Henry, Justin, Ryan, Lucas, Frank and George and 14 amazing great-grandchildren. Leaves behind brother John (Rogene) Huibregtse Of Mackinac Island, MI and sister Sue Zeihen of Appleton, WI. Dave was an aviator, a leader, an early adaptor and a pioneer of his time. Dave's love of flying began on a grass airstrip in Kohler, WI in 1958. That small airstrip led to time with the 95th Troop Carrier Squadron out of Mitchell Field in Milwaukee, WI to a 30 year career as a Captain for Northwest Airlines retiring in 1993. Throughout Dave's life, he enjoyed many hobbies. Some of his most interesting hobbies were bee keeping & honey making, having several hives on South Shore Lane and then at the Pavelka's farm. He was an early adaptor and pioneer with solar energy in the mid-seventies, having a few solar panels on the roof to heat hot water. Dave had a love of cars too, rebuilding a Corvair in Elgin, Il, a complete restoration of a 1969 C-10 pick up and his favorite, a 1929 Model A Ford, so much so he was a member of the Twin Cities Model A Ford Club. He had many more hobbies, such as sailing, photography, running and cycling (including riding his Schwinn LeTour to work at MSP). There were many organizations that Dave was involved in and held leadership roles, such as the pilots union ALPA, Scoutmaster for the Boy Scouts Troop 342 & Mustang District Director, Little League baseball, Immaculate Heart of Mary, The Agape House, FFA as a youth, Knights of Columbus, AIDS Ride to Chicago and his greatest passion, being an Ordained Deacon. Dave became an Ordained Deacon in 1993 and throughout his service he touched many lives. Dave was always active in making sure his kids and grand kids were busy. There were many family vacations, homemade skating rinks in the backyard, swimming pools, playhouses, Cabin on Spirit Lake, boat rides and much more that made us all what we are today. Many of us were fortunate to be at home with Dave at his bedside on his last evening with us, those who were not were there in spirt. We would like to extend our gratitude to Josephine, Rebeccah, Beatrice and Dia, caregivers to Dad. Now, a very special mention to his son Greg and loving wife Lucia who spent the last 18 months providing full time care for dad which allowed Dad to live and remain in his home. Mass of Christian Burial, Tuesday, October 12th 2021 at 11:00 AM Immaculate Heart of Mary Catholic Church, 13505 Excelsior Blvd, Minnetonka, MN Visitation One Prior at Church (10AM -11AM) Luncheon To Follow Mass

DAVID JACOB HUIBREGTSE With heavy hearts we share the passing of beloved husband and father David J. Huibregtse. Born in Plymouth, WI on June 27th, 1936. Dave struggled with Parkinson's for many years and was peacefully called from his home... View Obituary & Service Information

The family of David J. Huibregtse created this Life Tributes page to make it easy to share your memories.

Send flowers to the Huibregtse family.