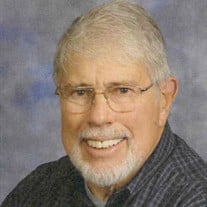 David Lee Ervin, Age 81, of Burnsville passed away October 9, 2021. He was born April 12, 1940, in Vallejo, California. Preceded in death his beloved wife Lynda Ervin and daughter Rebecca Ervin. Survived by his brother Michael (Ila) Ervin, son Troy (Sandy) Ervin, son Scott (David) Ervin, daughter Julia (Tom) Ruby, grandchildren Zach (Grant) Schotzko, Spencer Ervin, Raelyn Ruby, Jake Ervin, Sam Ruby and Kenzie Ruby. David played football at the University of San Francisco and later tried out for the San Francisco 49ers. David served in Vietnam in 1962-1963 as an Armament and Electronics Specialist. He was part of a Ghost Squadron flying in aircraft C123, H19 and B52. In 1965 David married the true love of his life Lynda M. Carlson in Minneapolis, Minnesota. Both worked hard raising a family. Dave worked at UNIVAC before starting his own construction company. Dave cherished his Mille Lacs friends and Burnsville neighbors as well as fishing, politics, sports, Jeopardy and telling great jokes. He was a loyal supporter of American Legion, POW and Wounded Warriors. Dave was known for being a perfectionist, quick witted..., his epic beard and willingness to help others. David went by the names Handsome Dave, The Viking, and The Grizzly. Dave was a loving Husband, Father, Brother, Grandfather and Friend, he will be truly missed by all and is now fishing with the love of his life. God Bless!

The family of David Lee Ervin created this Life Tributes page to make it easy to share your memories.

Send flowers to the Ervin family.