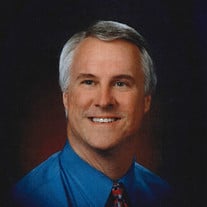 Hesslund, Bradley Harry Born June 27, 1958 and home to our Lord December 28, 2021 after an incredibly courageous battle with cancer. Born in Crystal, MN, Brad graduated from Robbinsdale High School in 1976 and earned his degree in Mechanical Engineering from Normandale College. He went on to earn his BS in Industrial Technology from UW-Stout, and his MBA in Finance and Strategic Planning from the University of Pittsburgh. Brad's engineering career brought him to Deltak, FMC Corporation, Hoffman Enclosers, IBM, and Westinghouse Electric. He was Manager of Projects at Despatch Industries and the General Manager of Kim Automation. Brad also spent time working at Express Point Technologies, Logic PD, and retired from Aspect Automation in June of 2019. Brad loved cars. The meticulous transformation of his Grandfather Tishi's '68 Chevrolet Nova II, from a 4-door grocery-getter, to a little over 10-second dragster was certainly evidence of this. Any night of the week, you could find Brad and Diane at a local Roll In sporting the Nova or the rare Sunbird Convertible he treasured so much. If not a car show, Brad would donate his convertible and his time to local parades, driving Princess candidates too! When winter hit, it was all about hockey. Brad played in the American Hockey Association Minnesota Hockey League for multiple teams around the area. Brad was preceded in death by his mother, Dorothy Tishi and father, Harry Hesslund. He will be deeply missed by his loving wife, Diane Hesslund; stepson, Troy (Deb) Mahoney; stepdaughter, Traci (John) Schneider; grandsons, Andrew (Nikki) Mahoney, Ben and Jack Schneider; granddaughters, Kaitlyn and Meghan Mahoney; and great-grandchildren, Finnley and Fiona Mahoney. Funeral service will be held on Monday, January 3, 2022 at Faith-Lilac Way Lutheran Church (5530 N 42nd Ave, Robbinsdale) at 11 AM with visitation one hour prior. In lieu of flowers, the family prefers a memorial to Fred Hutch Cancer Research in Brad's memory: fredhutch.org. Private interment Hillside Cemetery.

Hesslund, Bradley Harry Born June 27, 1958 and home to our Lord December 28, 2021 after an incredibly courageous battle with cancer. Born in Crystal, MN, Brad graduated from Robbinsdale High School in 1976 and earned his degree in Mechanical... View Obituary & Service Information

The family of Bradley Hesslund created this Life Tributes page to make it easy to share your memories.

Send flowers to the Hesslund family.